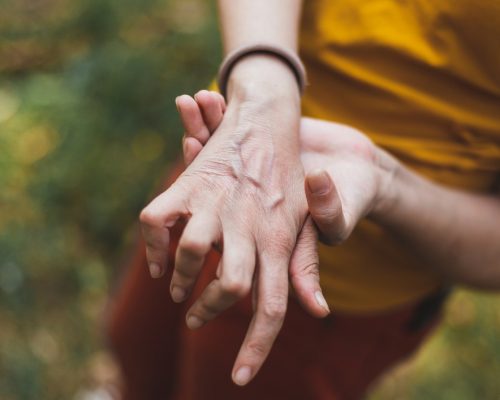 Rheumatoid arthritis is a chronic disease that causes joint pain and inflammation. It’s caused when the immune system does not work correctly and attacks the lining of the joints.

Despite years of research and studies on the disease, scientists still do not fully understand the process that is involved in the development of arthritis. Some genetic and environmental factors have been discovered, but more research is needed to find how it accelerates.

Co-lead author Professor Claudia Mauri said: “We wanted to know what was happening in the gut and whether changes to the intestinal lining—which usually acts as a barrier to protect the body from bacteria—are a feature of the disease and contribute to its development.”

In a pre-clinical mouse model using patient samples, researchers found that blood markers of gut damage were raised in people with arthritis compared to healthy people. These markers were found even in the earliest stages of arthritis and seemed to get higher the more the disease progressed. Signs of inflammation were also discovered in those with arthritis, which is a distinct indication also of inflammatory bowel disease.

Leaky gut was also noted in their findings. This term refers to the lining of the gut that becomes ‘leaky’ potentially allowing bacteria to cross the gut lining into the body, creating inflammation in the gut and joints.

“Our findings suggest that the intestinal lining is a therapeutic target. Importantly, we found that using existing drugs that restore the gut-barrier integrity i.e., prevent the gut from becoming leaky or inhibit inflammatory cells from moving to and from to the gut, could reduce the severity of arthritis in pre-clinical models,” says Professor Mauri.

Current treatments for rheumatoid arthritis do not address the gut, which may leave the patient susceptible to more inflammation. Researchers believe that this study shows the importance of evaluating the therapeutic impact of treating the intestinal lining of rheumatoid arthritis patients in addition to their joints.

This new strategy of treatment may be valuable in those dealing with the chronic symptoms of rheumatoid arthritis.