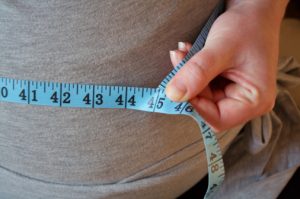 Researchers from Penn State University have found that gut bacteria may be to blame for diabetes and obesity. The findings suggest that gut bacteria changes the way the liver processes fat, thus contributing to metabolic syndromes.

Metabolic syndromes are a group of conditions including type 2 diabetes, high blood pressure, high blood sugar, and excess weight around the abdomen.

Previous research has outlined the importance of increasing fiber intake into your daily diet as a means of reducing the risk of metabolic syndromes. In some areas of the population, though, this advice may lead to more harm than good. Professor at Penn State University, Matam Vijay-Kumar, Ph.D., said, “It is a common misconception that plant-derived dietary fiber contains zero calories.”

People are unable to digest plant-derived fibers, but their gut bacteria allows for fermentation of the fibers, which is then released as energy. When these fibers reach the liver they are turned into lipids and added to the fat deposits, which could potentially contribute to metabolic syndromes. This is occurs more often in individuals who lack TLR5 receptor.
TLR5 is a receptor for bacterial flagellins and is the part of the immune system that ensures gut bacteria don’t over-proliferate. Roughly 10 percent of the population has a genetic mutation in TLR5, which makes the individual lose the function of the receptor. These individuals have a weaker immune system and are at a higher risk for metabolic syndromes.

Dr. Vijay-Kumar added, “Our present study suggests that bacterial fermentation of dietary fiber and the production of short-chain fatty acids contribute to deposition of fat in the liver.” For individuals with excess gut bacteria these effects are detrimental.

The researchers found a link between unchecked fermentation, short-chain fatty acids and increased liver lipids. They also uncovered that overconsumption of dietary fiber could have negative effects in mice with a dysfunction of TLR5.

Vishal Singh, Ph.D., from Penn State University, concluded, “Most of the observations describing the beneficial effects of short-chain fatty acids in metabolic disorders are from short-term studies and primarily from healthy subjects and experimental animals. Our next goal is to analyze the long-term effects of short-chain fatty acids, specifically in experimental models of type 2 diabetes and/or metabolic syndrome. We envision that our studies would drive the field towards ‘personalized’ cautioned dietary intake of plant-derived fiber in immunocompromised individuals.”