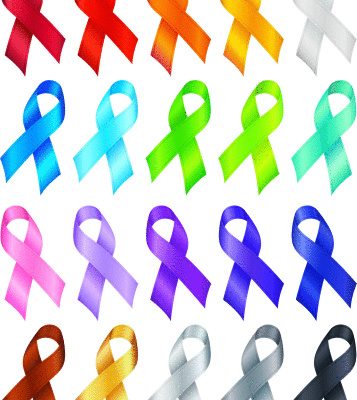 While the numbers might differ slightly from state to state within North America, the same offenders will certainly keep popping up when discussing causes of death.  Genetic predisposition is a clear factor, but the sheer numbers could give you an idea when it comes to guessing your fate, as well. Having an idea of what some of the most dangerous illnesses are could lead to preventative measures being put in place in hopes of stopping the spread before it starts.

The Top Causes of Death in North America Are As Follows

Heart disease is the leading cause of death for people of most ethnicities in the United States, including African Americans, Hispanics, and Caucasian people. For American Indians or Alaska Natives and Asians or Pacific Islanders, heart disease is second only to cancer. The CDC (Centers for Disease Control and Prevention) estimated in 2008 alone that over 616, 000 people had died from heart disease.

The 2012 report from the American Cancer Society broke down the wide assortment of available information on this disease, which comes in so many deadly forms. The report also includes statistics on the diagnosis and deaths from 2004 to 2008 as recorded by the Centers for Disease Control and Prevention’s National Program of Cancer Registries. The most frightening number of note showed that in 2012, approximately 1.6 million new cancer cases will be diagnosed and 577,000 Americans will ultimately die of some form of the disease.

The bad news is that once you have suffered a stroke and survived it, you are at a considerable risk for having another one. According to The National Stroke Association about 185,000 of the strokes experienced every year by Americans will recur, to be exact, 24 percent of women and 42 percent of men will have another stroke with the risk of mortality only increasing.

Lung cancer falls in the category of respiratory disease, which boosts the dangers of both categories in question.  Not only this, but physical inactivity falls into this category which is the fourth leading risk factor mortality on a global scale. Many of these deaths are tobacco related and a shocking 50 percent of patients with COPD, including some with advanced disease, are undiagnosed and go untreated.

The American Diabetes Association’s fact sheet from last year shows that an alarming 25.8 million children and adults in the United States have diabetes, with many of those cases being undiagnosed.
The 2011 data shows that for 2007 alone, diabetes was an underlying cause listed on over 71, 000 death certificates and was listed as a contributing factor on an additional 160,000 death certificates. This means that diabetes contributed to a total of 230, 000 deaths in that year alone.

While information and statistics of this nature are not intended as scare tactics, it never hurts to give a read to the information, and compare it against your personal and family medical history to possibly look for precursors to illness. Discussing risk factors and potential signs and symptoms with your healthcare practitioner is just good planning, and could lead towards an ounce of prevention in the anti-aging battle.