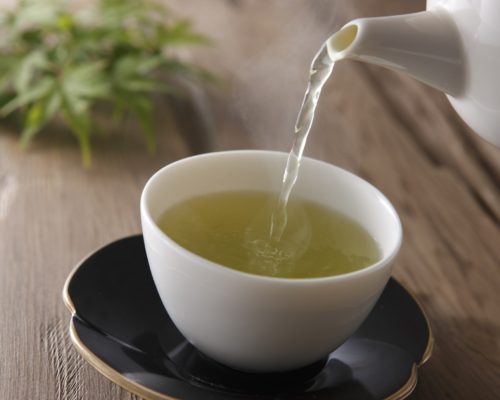 If there’s a global outbreak of an antibiotic-resistant superbug, you might want to have plenty of green tea on hand. New research is showing it could play a key role in protecting your health.

Superbug is a term you likely hear a lot of. With cold and flu season on the way, along with a constant risk of bacterial infection, doctors are becoming increasingly concerned about the threat of drug-resistant bacteria. These bacteria are now immune to the effects of traditional antibiotics, leaving millions exposed to potential illness. Last year, for example, two million people in the United States were infected by such bacteria. About 23,000 died.

A new study, however, is showing that green tea offers some much-needed assistance.

Researchers looked at a unique compound in green tea called epigallocatechin, or EGCG. It is a powerful polyphenol (type of antioxidant) that may offer anti-inflammatory benefits and prevent some chronic diseases. Although it is available in small amounts in several plants, green tea is the best source on earth. The team wanted to see if it would improve the ability of aztreonam, a common antibiotic, in fighting a drug-resistant bacterium.

They used a drug-resistant strain of bacteria Pseudomonas aeruginosa (P.aeruginosa), which causes severe infections to skin, blood, respiratory, and urinary tracts, and is listed by the WHO as a critical threat to human health.

In both lab and animal tests, they found that the EGCG/aztreonam combination effectively reduced the number of bacteria present, indicating it restored efficacy of the drug. The scientists believe the EGCG makes the bacteria permeable, allowing the antibiotic to enter and kill more easily. This is a potentially major finding, however, future studies will likely be needed for confirmation.

Using natural products, in combination with established antibiotics, may be the key to mounting defenses against a variety of illnesses. It’s unclear if drinking green tea on a regular basis is enough to limit the risk of infection or bolster the efficacy of antibiotics, but it may have other useful benefits.