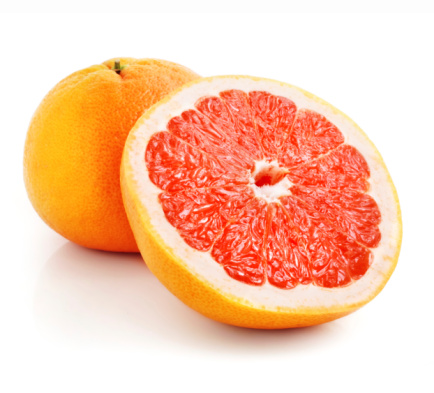 It could seem harmless enough. But a frightening new study has given some perspective to the dangers of a popular fruit juice and the potential damage it could cause. The new study has shown that grapefruit juice could be linked to a drug overdoses which could come as a shock to anyone who drinks this popular juice as a part of their morning routine.

There has been studies of its kind in the not-so-distant past that suggested an interaction between the juice from a grapefruit and certain drugs, but now those studies have been further examined, and patients who take a good number of medications are being told they need to be aware of the risks of damage that are now associated with the growing list.

The Study That Explained the Damage of Grapefruit

The study has listed 43 major drugs which are affected by eating grapefruits or drinking the juice, as a matter of fact, eating one grapefruit a day or drinking 200ml (a small cup) of the fruit juice was enough to cause side effects of real concern in some of the patients who were involved in the study.

RELATED READING: Avoid the 7 Danger Signs of  a Toxic Liver

In particular, patients who were older were considered to be at a heightened risk, because of the fact they are more likely to drink the fruit juice, and to be on a more varied slate of medications. Researchers say that older people should pay special attention, and see their pharmacist for a list of interactions with the juice and the drug as a general practice moving forward to prevent the possibility of damage.

Information About the Damage From Grapefruits and Citrus Fruit Juice

The science of this issue is pretty simple, grapefruits and some other citrus fruits, contain specific chemicals that attack a specific enzyme in the gut which can lead to more of the drug being absorbed into the body than might be expected, which can lead to a host of issues, if the drug in question has interactions at higher doses.  Experts, healthcare professionals and pharmacists all say that this can result in massive overdoses. Overdoses from just a few of the drugs on the study list of 43 can cause a range of symptoms including but not limited to hallucinations, low blood pressure, heightened heart rate and breathing problems. In some cases severe kidney damage can take place, too.

Fatal Results from a Grapefruit

The findings of this more recent study were published in the Canadian Medical Association Journal.
Researchers say that the grave fact of the matter is that some people have encountered fatal results following the interaction. Doctors and pharmacists have been urged as a result to be aware of the problem and the precautions that are necessary to avoid any potential overdosing issues.

The Quantity That Causes the Most Damage?

When it comes to quantity, it certainly doesn’t appear to take a lot of this fruit juice to start the ball rolling. For specific drugs drinking only a small cup of the juice was considered enough to deliver up to 6 times the normal dose. One of the more highly spoken about drug interactions, and one that was highly talked about that continues to be under fire is several forms of painkillers. What makes this new study unique is that now many different drugs are being considered, including some antibiotics, heart rhythm medicines, and anti-rejection drugs (used after organ transplants).