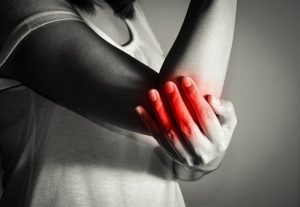 Gout is said to affect more than eight million patients in the United States alone. It is a complex form of arthritis that is the result of a build-up of uric acid crystals in the joints, resulting in severe pain, often in the big toe or other joints in the feet. The uric acid build-up is also associated with cardiovascular events, such as heart attack, angina, and high blood pressure. Most patients can treat their symptoms by following a healthy lifestyle or changing aspects of their current lifestyle. Some patients require medication, though, to prevent the build-up of excess uric acid crystals in the joints.

The research team at UConn’s School of Medicine undertook a large experimental study to investigate cardiovascular activity in gout patients and examined the effects of two different gout medications. The study concluded with some tragic and unexpected results—one of the medications being tested caused an increased risk of death in the patients.

The two medications being tested were febuxostat and allopurinol. Both medications were comparable in terms of non-fatal events including myocardial infarction (heart attack), stroke, hospitalization, or surgical intervention, but febuxostat was found to increase risk of death in gout patients with heart diseases.

The study examined over 6,000 gout patients who also suffered from a cardiovascular disease. The participants’ health outcomes were tracked an average of 2.5 years, with some as long as 6.5 years. The patients were randomly assigned one of the two medications, with neither they nor their doctor aware of which medication they were assigned.

The study saw a high level of withdrawal from participants, up to 45 percent. Of those who were assigned the febuxostat, the increased risk of death was eradicated when they stopped taking the medication. Any further information about these patients, including whether they proceeded to renew prescriptions for either febuxostat or allopurinol or take any medication in treatment of their gout, is unknown.

The findings in respect to the febuxostat were “entirely unexpected,” says Dr. William B. White, the study’s lead author. “The results were consistent across many subgroups; there was no evidence of a relationship with age, gender, race or ethnicity, history of cardiovascular disease, or duration or severity of the gout.” He added, “A very extensive pre-clinical evaluation of febuxostat showed no explanation for the excess in sudden cardiac deaths.”

Febuxostat was originally created to offer a safer solution than allopurinol for gout patients who require medication. Allopurinol is known to cause kidney problems and, rarely, severe allergic reactions. In clinical trials, febuxostat was shown to have a minor increase in risk of death in gout patients with cardiovascular issues, which is what inclined the FDA to call for such an extensive study on the medication to begin with. After the results of the experiment, clinicians will continue looking for an optimal treatment for gout patients who also suffer from cardiovascular diseases or chronic kidney disease. Neither febuxostat nor allopurinol are ideal treatment options as they stand.

How to treat gout naturally with essential oils

Purine-rich foods: Foods to avoid to reduce the risk of gout