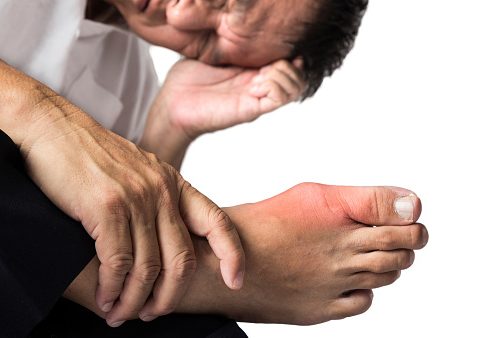 Gout may increase the risk of type 2 diabetes and research has found that women are more vulnerable to these effects then men. It has been long documented that sufferers of gout generally tend to develop diabetes as well which reveals that having one of the conditions greatly increases your risk for the other. The association may be due to both gout and diabetes share risk factors including obesity, high blood pressure, and lack of exercise.

Gout and diabetes are seen a metabolic disorders which often may be inherited from your parents. Even if they are not genetically passed on you probably share similar lifestyle and eating habits as your parents who may already have one or both conditions thus further increasing your risk of development.

Additionally, both conditions are characterized by poor circulation, in particular poor circulation to the limbs. Not only do both diseases lead to a poor quality of life but they can come with a slew of health complications as well as a risk of death. 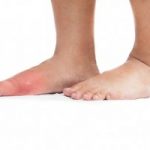 Previous research has found a link between gout and a risk of type 2 diabetes. Many studies generally focused on this relationship on men but a study published in BMJ wanted to test if the relationship still remained in women as well.

The researchers examined a database which included nearly 7.5 million health records. For each of the 35,339 cases of gout researchers analyzed they were compared with up to five people without gout for a total of 137,056 control patients.

Gout cases typically occurred more in men with an average age of 62 and in women the average age was 67. Those diagnosed with gout tended to drink more alcohol, visit a doctor frequently, had additional health problems and took steroids or diuretics compared to those without gout.

The researchers suggest ongoing inflammation caused by gout could be the reason behind the increase risk of type 2 diabetes along with other risk factors which both gout and diabetes share. In order to reduce the risk of diabetes, especially among those with gout, changes to lifestyle habits should begin early on to avoid complications. Lifestyle changes, too, can also help better manage gout symptoms. 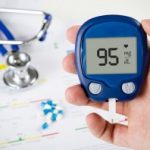 After accounting for other diabetes risk factors the researchers found there was a 19 percent higher risk of developing diabetes in gout patients with uncontrolled uric acid levels compared to those who had levels under control.

Steps to prevent gout and diabetes

As mentioned gout and diabetes share many common risk factors and so they can easily be prevent through natural means and lifestyle changes. Here are some changes you can make in order to better prevent gout and diabetes simultaneously.

By following these prevention tips you can reduce your risk of developing gout and diabetes. As mentioned both diseases can contribute to health complications and so it is wise to simply prevent both of them in order to preserve your health.

Sleep apnea may increase gout risk due to hyperuricemia: Study

Sleep apnea has been found to increase gout risk due to hyperuricemia, according to new research. Sleep apnea is a sleep disorder that causes the individual to wake up out of breath, and gout is a form of arthritis, which can be triggered by consuming foods high in purines. Researchers at Boston University School of Medicine have now found that sleep apnea should not be ignored as a possible risk factor for gout. Continue reading…

Gout risk is higher with purine-rich foods as it increases uric acid levels.  Purines are a chemical compound found in some foods. Gout is a condition that affects joints and the musculoskeletal system. It is a form of inflammatory arthritis caused by an excess of uric acid. Uric acid is the product of metabolic processes. When purines are metabolized they create uric acid, so a diet rich in purines can create an excess amount of uric acid and contribute to gout. Continue reading…