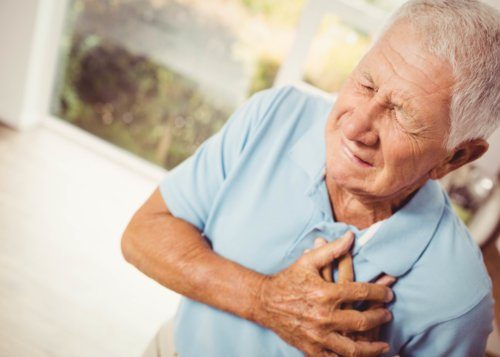 Gout is a form of arthritis that affects the joints, caused by excess levels of uric acid in the bloodstream, which eventually form uric acid crystals in the joints. Previous research has linked gout to an increased risk of myocardial infarction (heart attack).

Although rates of heart attack have decreased slightly in recent decades, nearly one million Americans suffer from the condition each year and it places a massive burden on the health care system in the United States. Myocardial infarction is still considered a large public health issue.

While there are other identifiable risk factors for heart attack, gout has been shown to increase this risk by three times. The condition has also been associated with co-diagnosis alongside other health issues which can lead to heart attack. What is still unclear is how gout relates to heart attack in those over the age of 65. The elderly is one of the highest risk groups for myocardial infarction and they often have the worst outcomes from it. More than 80 percent of heart attack-related deaths occur in patients over 65.

Given that the elderly population is expected to double in the next 15 years, understanding the health concerns facing this demographic is of high importance. A new study was performed with the intention of determining how gout relates to heart attack risk in the elderly population. The specific goal of the study was to narrow down if gout is an independent risk of heart attack in this population or if it simply increases risk via its presence in association with other cardiovascular risk factors.

Data was collected from the Medicare sample, taken between 2006 and 2012. Participants were included in the study if they showed signs of or had been diagnosed with gout, but not cardiovascular concerns. All cases of gout that developed during the study period were also included in the data, so long as the diagnosis of gout came before any diagnosis of myocardial infarction. In total, the researchers examined the data of 1,733,613 eligible people over the age of 65.

At the end of the study period, 14,279 developed people incident myocardial infarction. 1,249 of these cases occurred in participants that also had gout. The average time period between diagnosis of gout and myocardial infarction was 2.3 years. When adjusted for other variables, gout was related to a significant increase in the risk of heart attack.

The results also showed that gout was, indeed, independently responsible for an increase in the risk of heart attack. Gout also presented a higher risk factor for myocardial infarction when other comorbidities were absent. These included hypertension, hyperlipidemia, diabetes, and heart failure.

Patients with gout and without these other conditions showed a higher likelihood of heart attack than the patients with these conditions, despite them being more commonly identified as risk factors for cardiovascular events. The researchers feel that this may be due to the chronic inflammation associated with gout, but future research is still needed to be sure.

Is gout in elbow common? Causes, symptoms, and treatment of elbow gout