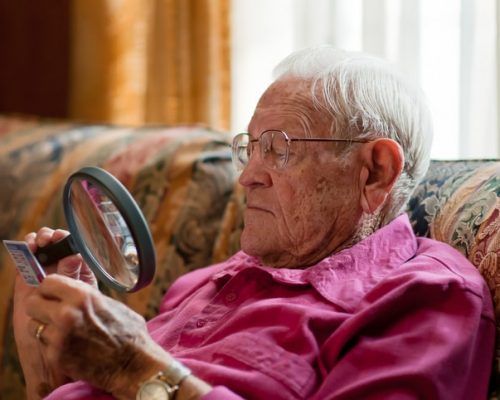 Age-related macular degeneration (AMD) is the most common cause of blindness in adults over the age of 50. Its prognosis is different for each individual patient. For some, the condition is slowly progressive, not showing symptoms for a long period of time, while for others it’s much more aggressive, coming on very quickly.

In the United States, approximately eight million adults suffer from AMD, yet its exact cause is still unknown. Currently known risk factors include age, smoking, being Caucasian, and a family history of AMD.

A new study has looked into the association between gout and AMD, as previous research has found a link between inflammation and AMD and rheumatoid arthritis and AMD. “Oxidative stress, caused by excessive production of reactive oxygen species and body’s ability to readily detoxify the reactive intermediates or to repair the resulting damage, might also play an important role in AMD,” write the researchers. Gout is a form of arthritis resulting from inflammation in the joints caused by the build-up of uric acid crystals and is also associated with oxidative stress.

The main questions the researchers behind this study were looking to answer were if gout does, in fact, relate to an increased risk of AMD and whether gender or race play a factor. The researchers used data collected between 2006 and 2012 through Medicare in the United States.

Of all the data, the data of 1,684,314 participants were eligible to be included in the study. On average, the participants were aged 65 or older. By the end of the data collection period, 116,097 people had developed incident AMD.

The results showed that gout was an independent risk factor for the development of AMD, increasing the risk of developing AMD by 40 percent. They also showed evidence in accordance with other research findings, that older age and being Caucasian increased the participants’ risk of developing AMD.

Higher comorbidity was associated with an increased risk of AMD, as well. One or two comorbidities resulted in an increased risk between 60 percent and 80 percent of developing AMD respectively. In relation to the question of gender, the researchers found that female participants were more likely to develop AMD by the end of the follow-up period of the study.

The researchers believe that one possible explanation for the relationship between gout and AMD is that gout is associated with hyperuricemia, which is related to oxidative stress. “Oxidative stress is as an important pathway for AMD. Treatment with antioxidants (vitamins and zinc) reduced the risk of developing advanced AMD and treatment with ranibizumab, a VEGF monoclonal antibody, reduced the loss of vision, or in some cases improved vision in AMD. Therefore, oxidative stress and systemic inflammation pathways are potential mechanisms for the higher AMD risk with gout in the elderly,” write the researchers.

Further research will be required to fully understand the mechanisms behind the association of gout with an increased risk of AMD, as this study only shows a correlational relationship.
Also read: