Home » Health News » Got Milk? Why You Might Want to Think Twice about Dairy 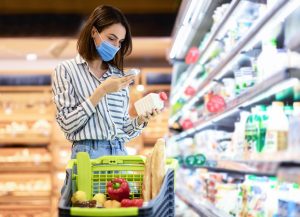 Milk was the subject of some great commercials when I was growing up. The milk mustache and the muscle explosions reminding us that milk does a body good stuck with me for life.

But then it all changed. Milk, or dairy, was no longer believed to do a body good. Instead, concerns were raised about its impact on heart health, and going “dairy-free” became a major thing.

The issue was that dairy, like most other animal protein foods, contains saturated fat. Saturated fat has been linked with high cholesterol and heart disease.

But that link doesn’t always hold up – natural dietary fats don’t seem to have the heart-damaging effects that their reputation indicates.

And now a new study is showing that dairy eaters may have healthier cardiovascular systems and a lower risk for heart disease than those who steer clear of it.

The Australian study followed 4,000 people in Sweden, a country known for its production and consumption, for 16 years. Researchers measured levels of a fatty acid particular to dairy in participants’ bloodstreams.

It turned out that the people who had the highest level of fatty acid in their blood, which indicates dairy consumption, had the lowest risk for cardiovascular disease and no increased risk of death from any cause.

Researchers then confirmed their findings with those from 17 other studies featuring 43,000 participants from the United States, United Kingdom, and Denmark.

The results suggest that, at least for Europeans and Americans, that dairy is safe.

The study was published in PLOS Medicine.

But it might not be all about dairy. The Australian study found that people who consumed dairy were also more likely to have significantly lower BMI, be more active, had a lower smoking rate, ate more fish, fruit, and vegetables, and had a lower intake of processed foods.

Dairy is full of healthy nutrients including protein, calcium, and a slew of vitamins and minerals. It’s also rich in healthy bacteria to help cultivate a healthier microbiome.

So, it looks like the commercials were right: milk does a body good.