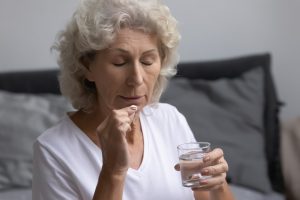 Good sleep comes with many benefits: it helps you feel refreshed, energized, and clear-headed during the day. It may also help defend against dementia and early death.

A couple of studies from 2021 suggest that too little sleep may boost the risk for dementia and impact longevity. Although it’s long been understood that dementia can lead to poor sleep, these studies point out that bad sleep may pose risks later in life.

One study from the United States looked at the sleeping habits of more than 2,800 people 65 and older. It focused on the relationship between self-reported sleep habits in 2013/2014 and the development of dementia, or death, five years later.

It found that people sleeping fewer than 5 hours per night were twice as likely to develop dementia, or die, as those who slept 6-8 hours.

Another study, this time from Europe, looked at data from nearly 8,000 people and found that regularly sleeping for six hours or less at ages 50, 60, and 70 were linked with a 30 percent increase in dementia compared to sleeping for seven hours.

It’s not fully understood how or why good sleep for enough time can influence the risk for dementia. But one potential reason is that it flushes harmful beta-amyloid clusters from the brain. These clusters are closely associated with dementia and Alzheimer’s.

A bunch of beta-amyloid protein is made during the day. It may be a by-product of brain function, or it could help the brain fight against microorganisms. During sleep, your brain cleans itself and flushes away the clumps of beta-amyloid that have accumulated.

Without enough sleep, your brain’s built-in custodial team doesn’t have time to do its job properly. Over time, it may accumulate more substances that can contribute to dementia.

You can try to get better sleep by avoiding screens in the evening, creating a relaxing environment in your bedroom, winding down before bed, and addressing any potential underlying conditions that may impact sleep.