Home » Health News » Glaucoma Is Associated with Increased Pressure in the Brain: Study 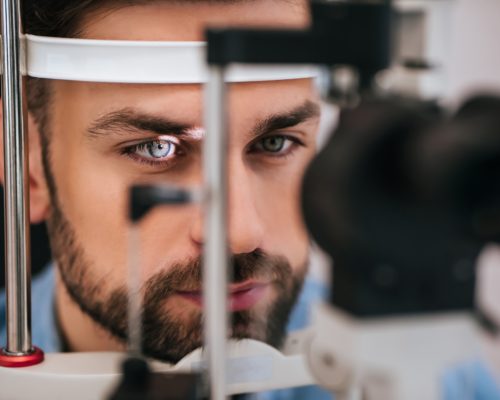 Neuroscientists have discovered that brain pressure is physiologically connected to eye pressure commonly associated with glaucoma. The theory that brain pressure might play a role in glaucoma has long been questioned by researchers, but until this new study, it had not been confirmed.

The groundbreaking study published in the Journal of Physiology found that the amount of strain on the optic nerve depends not just on eye pressure, but the difference in pressure between the brain and the eye. The study altered brain pressure in animal models and noted changes in the fluid drainage properties of the eye that could be blocked by chemicals that eliminate feedback signals from the brain. It was found that the eye’s ability to clear fluid could change to restore a healthy pressure difference across the optic nerve.

Chris Passaglia, PhD, professor in the USF Department of Medical Engineering said, “The drainage control system may service to protect the optic nerve from swings in eye or brain pressure. Its discovery offers a new target for glaucoma treatment, wherein the modulatory mechanisms of the system might be exploited to help lower eye pressure and impede disease progression in glaucoma patients.”

Leading Cause of Blindness

Glaucoma is relatively common and is the leading cause of blindness in people over the age of 60. If left untreated, it can cause damage to the optic nerve. It is associated with increased pressure in the eye due to reduced ability of the eye to maintain proper fluid drainage. This pressure then applies mechanical strain to the optic nerve as the nerve exits the eye, resulting in vision loss and potential blindness.

Symptoms of glaucoma tend not to arise until the condition is advanced, so ophthalmologists recommend checking eye pressure during routine exams using an “air puff test.” However, this test may miss some complex aspects of the disease that makes diagnosis a challenge.

Additional studies are currently underway to pinpoint the location of the brain cells that are sending signals to the eye and find which nerve fibers in the eye are being mediated by the brain. Researchers hope this significant advancement will help physicians better diagnose and treat glaucoma and have a greater understanding of the disease.

While there are no known ways of preventing glaucoma, blindness or significant vision loss from glaucoma can be prevented if the disease is recognized in the early stages. Anyone with high risk factors should be tested every year or two after age 35. Those at higher risk include people of African descent, people with diabetes, and people with a family history of glaucoma.

Some other preventative steps for glaucoma include getting regular exercise, wearing protective eyewear when engaged in sports activities or home improvement projects, and consuming a healthy diet. Although there is limited scientific evidence suggesting that certain vitamins and minerals prevent glaucoma or delay its progress, carotenoids (especially lutein and zeaxanthin), antioxidants (such vitamins C and E), vitamins A and D, zinc, and omega-3 fatty acids may all contribute to better vision.