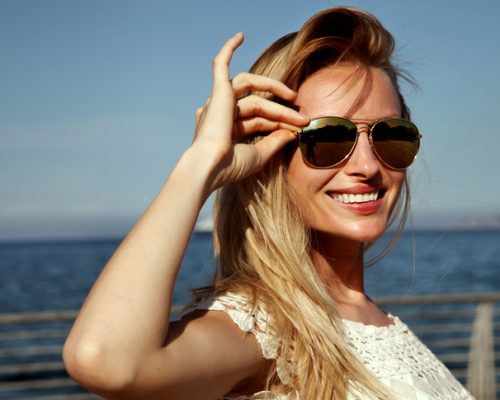 Exfoliation syndrome, an eye condition causing glaucoma and cataract development, is influenced by outside temperatures and sun exposure, as well as patient’s age and gender. Coauthor Louis Pasquale said, “Although many studies from around the world have reported on the burden of the disease, some aspects of the basic descriptive epidemiologic features, which may help shed light on the cause, are inconsistent. In this study, we found that women are more vulnerable to this disease than men, that ES [exfoliation syndrome] is not a disease of Norwegian descent, and that where you live does matter when it comes to developing the disease.”

The authors wrote, “Importantly, those with a lifetime residential history of living in the middle tier and south tier of the United States [were] associated with 47 percent and 75 percent reduced risks, respectively, compared with living in the northern tier, and across the lifespan, residence at age 15 was the most strongly associated with risk, followed by current residence.”

The study also uncovered that:

Dr. Pasquale explained, “This large prospective cohort study demonstrates that there is a positive association between latitude and ES risk that is robust and not related to demographic features or other systemic covariates. Another manuscript we published recently suggests that lower ambient temperature interacts with increased solar exposure to increase the risk of ES. This new work demonstrates a relation between increasing latitude and a condition with a strong predisposition to glaucoma. More work is needed to determine how environmental factors conspire to contribute to ES.”

The authors wrote, “This work provides evidence for a role of reflected UV rays in contributing to XFS [exfoliation syndrome]. It by no means excludes other genetic and environmental mechanisms in XFS pathogenesis. If confirmed in other studies, there could be reason to consider more widespread use of UV-blocking eyewear in the prevention of XFS.”