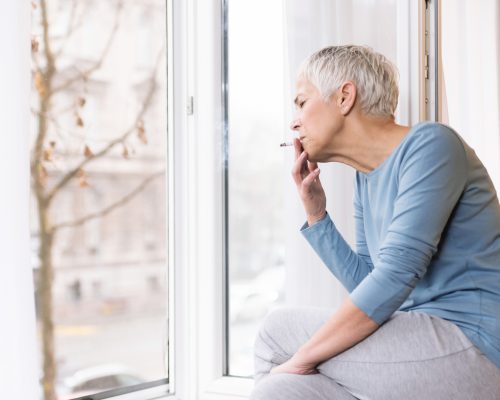 Most people don’t think of the bladder when naming health risks associated with smoking. However, smoking is the single most important known risk factor for bladder cancer, and new research shows how smokers are at least three times more likely to get bladder cancer compared to nonsmokers.

While bladder cancer is fairly rare, those who are diagnosed often see a recurrence. It also has a significant death rate, which is why it is so important to seek help as soon as any symptoms are noticed. Early warning signs of bladder cancer can include painless, intermittent blood in urine; frequent bladder infections, and frequent or burning urination.

Toxins in the Body

While many people are aware of the health hazards associated with how cigarette smoke enters into the body, how these toxins make their way out is often overlooked.

The carcinogens leave the body through the urine. “When urine is in contact with the bladder for many hours at a time, the bladder can be exposed to very concentrations of toxins from cigarette smoke,” explains urologist Robert Abouassaly, MD.

The end result is bladder cancer. There is mounting evidence to suggest that smoking is the number one cause of bladder cancer, yet many people are not aware of the connection. According to the American Cancer Society, smokers are at least three times more likely to get bladder cancer compared to nonsmokers.

A study by the National Institutes of Health found that 50% of all bladder cancer cases are found in smokers. Former smokers are also twice as likely to develop the disease than those who never smoke. Research has shown that the risk of bladder cancer is equal among men and women.

Dr. Abouassaly states, “When it’s identified at an early stage, it’s highly curable, but many times people delay seeing a doctor. Unfortunately, in some cases, it’s too late for anything to be done.

One of the best ways to prevent bladder cancer is by quitting smoking. While quitting smoking isn’t easy, it is the one lifestyle change that can significantly benefit bladder and lung health, colon health, and many other organs in the body.

Researchers have found a 25% reduction in risk among former smokers in the 10 years after they quit, which continues to fall more slowly after that. But even 30 years after quitting, ex-smokers still had a higher risk of bladder cancer than those who never smoked. Talk to your doctor about the many options available that can help you quit.

Early diagnosis is key in the treatment of bladder cancer. By knowing the signs and symptoms of the disease, you can seek help at an early stage. If you have any of the symptoms mentioned earlier in this article, seek medical help immediately.