Home » Health News » Give Your Cells a Boost 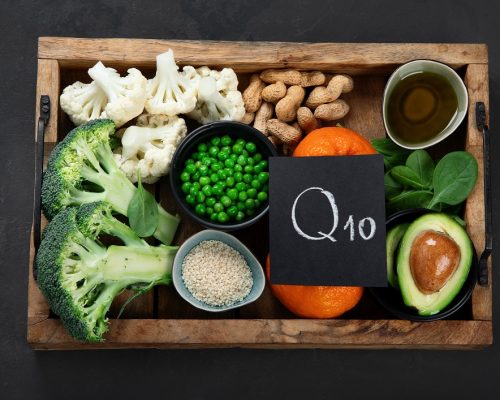 Things change when you get older no matter who you are. Some may notice they don’t have the energy levels they used to. Some may develop wrinkles on their face, and others may become more susceptible to illness. Others may just feel fatigued.

Aging is a natural part of life. The longer you are alive, the more abuse your body has to take. The stuff that you could brush off in your younger years always left a mark: it just didn’t show up until decades later.

All kinds of things can lead to “aging,” and many are lifestyle-related. Diet and activity, where you live, your career, and a variety of other factors can beat up on your cells. But aging also happens naturally.

Your cells may produce less energy, for example. You might have heard of Coenzyme Q10 or CoQ10. It’s an antioxidant produced naturally by the body that helps cells stay energized – but production decreases with age.

What are the effects of this? They could manifest in a number of ways. When your cells don’t have enough energy they can’t function as well. This can result in changes in physical appearance, organ function, illness risk, and energy levels.

But just because you’re producing less CoQ10 doesn’t mean you’re doomed. There are ways to give your cells the energy they need and provide other reinforcements.

Eating foods rich in antioxidants can help your cells fight back against abuse. Although a variety of antioxidants promote resiliency, you can boost CoQ10 intake with organ meats, some muscle meats like pork, beef, and chicken; fish; vegetables; fruit, and legumes.

Some data is indicating that CoQ10 supplementation may improve skin appearance. It’s also associated with various antioxidant benefits that may bolster health.

Just like there is no single reason for some of the symptoms of advanced age, there is also no magic bullet to avoid them. Practicing a healthy lifestyle and being sure to top up on nutrients you may be lacking is a worthwhile approach to graceful aging.