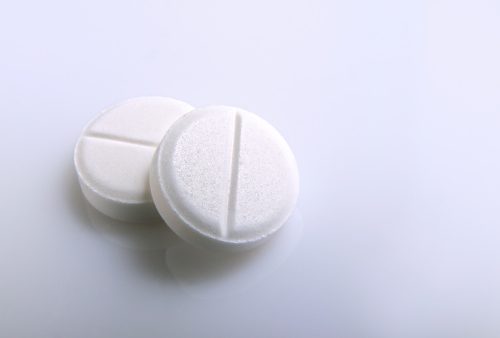 Daily aspirin is often used to prevent cardiovascular events, but many people have been told to stop after showing signs of an allergic reaction. New findings suggest that although many patients have been told to stop taking aspirin due to a one-time reaction, no tests were conducted to confirm diagnosis; thus many of them were taken off effective treatment without just cause.

The findings were presented at the American College of Allergy, Asthma and Immunology Annual Scientific Meeting. The researchers found that 34 percent of studied patients were mistakenly told they had an aspirin allergy due to gastrointestinal symptoms. The researchers reviewed 5,052 medical records and only found aspirin hypersensitivity in 2.5 percent of patients. Hypersensitivity is an exaggerated immune response by the body against a substance, but it is not an allergic reaction.

Lead author, Gabriella Orgeron, M.D., said, “Our study showed none of the patients that were determined to have aspirin hypersensitivity were referred to an allergist for testing to determine if they had a true allergy. In addition, we found that patients with GI symptoms were mislabeled as having aspirin allergy, which likely deprived them of being treated with aspirin in the future.”

There was one recorded patient who experienced a severe allergic reaction, and another had respiratory symptoms and skin rashes, and 39 percent had no proper documentation of what had occurred.

Study author Sudhir Sekhsaria, M.D., said, “It’s very important that, similar to penicillin, anyone thought to have an aspirin allergy be referred to an allergist for testing. In cases such as those shown in the study, patients are frequently told to discontinue aspirin therapy or are switched to another medication when there is no reason to do so. Allergists can help identify true allergies, and if they are present, help patients find the right course of therapy. If there is not a true allergy, they can help explore how to manage symptoms.”

As with any side effects or reactions, do not jump to conclusions; always see a doctor to get tested and to find out if you are experiencing an allergy.