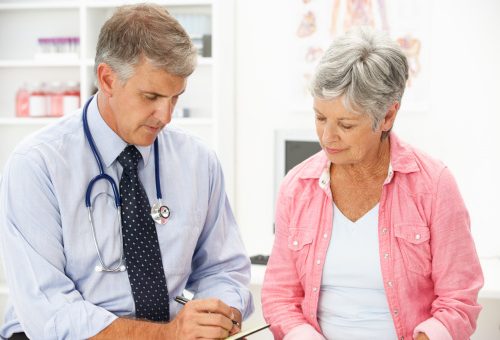 Genes for DNA health link menopause timing and breast cancer, this according to new findings. Researchers at the University of Cambridge and Exeter conducted a large study involving nearly 70,000 women.

Women’s ovarian “eggs” are used for DNA repair to allow it to live longer. This process can delay menopause. DNA can become damaged through aging and such factors as smoking. When an accumulation of damage occurs that is when cells die.

The new study was conducted in collaboration with 177 different institutes worldwide. Dr. Anna Murray, senior author, said, “Many women today are choosing to have babies later in life, but they may find it difficult to conceive naturally because fertility starts to diminish at least 10 years before menopause. Our research has substantially increased our understanding of how reproductive ageing in women happens, which we hope will lead to the development of new treatments to avoid early menopause.”

Co-study lead Dr. John Perry said, “We have known for some time that the age at which women go through menopause is partly determined by genes. This study now tells us that there are likely hundreds of genes involved, each altering menopause age by anything from a few weeks to a year. It is striking that genes involved in DNA repair have such an important influence on the age of menopause, which we think is due to their effect on how quickly a woman’s eggs are lost throughout her lifetime.”

Previous research suggests early menopause reduces a woman’s risk of developing breast cancer, and now the new findings go further by suggesting that for every one year menopause is delayed, the risk  of breast cancer increases by six percent.

Dr. Deborah Thompson additional co-lead of the study said, “One particularly convincing finding was that going through menopause earlier reduces your chances of developing breast cancer and we think this is because these women have less exposure to the hormone estrogen over their lifetime.”

Menopause typically occurs in women between the ages of 40 and 60. Its symptoms include the end of menstruation and physical symptoms, such as disrupted sleep and hot flashes.