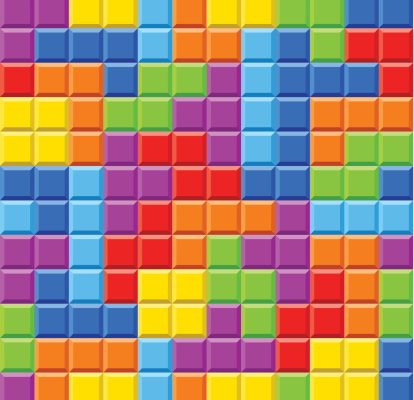 Researchers from the University of Plymouth and Queensland University of Technology have uncovered that the use of the game Tetris can help to control real world cravings.

Tetris is a popular, longstanding game where blocks of different colors and shapes fall from the top with the goal of combining them together so they fit. It was developed by a Russian and was released in 1984.

Previously, in 2009, researchers from the Mind Research Network wanted to observe if Tetris was effective at improving the brain. With the use of brain scans the results showed those who played Tetris had greater brain efficiency in comparison to the control group. The participants were adolescent girls.

A previous study from the researchers unveiled the use of Tetris in laboratory settings to reduce cravings. Their findings revealed those who played Tetris had weaker cravings and reduced the vividness and frequency of cravings.

24 participants (male and female) were recruited for the latest research. The participants were divided into two groups – one group played Tetris and the other was intended for control purposes.

Participants were asked daily questions via text message to determine their level of cravings. For seven days the control group was asked three main questions: Have you indulged in the item you were craving prior? How much are you under the influence of alcohol? Are you currently craving anything? If participants replied “yes” to the last question they were prompted to rate their craving from zero to 10.

What differed in the Tetris group was that they were requested to play Tetris for three minutes after their report about their cravings. Even after only three minutes of Tetris cravings reduced from 70 percent to 56 percent.

Professor John May from the University of Plymouth said, “People played the game 40 times on average but the effect did not seem to wear off. This finding is potentially important because an intervention that worked solely because it was novel and unusual would have diminishing benefits over time as participants became familiar with it.”

The findings were published in the journal Addictive Behaviors.