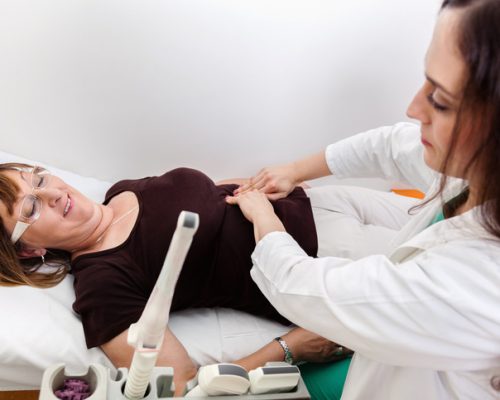 A large-scale study has concluded that oral estrogen therapy for menopausal women increases the risk of gallbladder surgery for gallstone disease.

According to the study, published in the Canadian Medical Association Journal (CMAJ), menopausal women who took estrogen through skin patches or gels as opposed to oral estrogen therapy didn’t seem to have an increased risk. Gallstone disease is common, but in France, which is where the study participants were from, menopausal hormone therapy is normally administered topically, rather than orally. North Americans and those living in the United Kingdom do tend to take oral hormone therapies though.

In this extensive study, 70, 928 menopausal women in France between 1992 and 2008 were monitored to see whether hormone therapy increased their risk of gallbladder surgery, or cholecystectomy, as it is medically referred to. The results showed that women who were exposed to oral estrogen therapy had a higher risk of cholecystectomy for complications of gallstone disease. Other types of hormone therapy didn’t appear to increase risk.

The research team determined that close to 46,000 of the 70, 928 women were on the menopausal hormone therapy and 2,819 cholecystectomies were reported. The team took other health factors, including lifestyle and reproductive history, into account. They also note that the risk was slightly higher in case of “unopposed” oral estrogens, compared to the therapies that included a combination of estrogen and progestrogen.

The authors of the analysis suggest that gallstone disease should be added to the list of potential adverse reactions to be considered when assessing the benefits and risks of menopausal hormone therapy.

Gallstones are not pleasant. They can cause sudden and intense pain in the abdomen. Gallstones are best described as hardened deposits of digestive fluid that can develop in your gallbladder, which is a small organ on the right side of your abdomen. Some gallstones don’t cause any symptoms and don’t require any treatment, while others can be very painful and require gallbladder removal surgery.


Other treatment options for gallstones

If gallstone disease does strike, there are a few different approaches to treating it. Some doctors will keep a close eye on gallstones that are small and show no to little signs and symptoms. Doctors report that about 50 percent of gallstone patients never experience another attack. In some situations, the stone dissolves on its own or dislodges, requiring no serious medical intervention.

Some gallstones can be removed through the use of bile salt. This is normally a procedure used for stones formed from cholesterol as opposed to bile pigments. There is also a drug prescribed to some gallstone patients, but it can take months or even years to fully attack the stone and get it to go away. Another non-surgical method is shock wave therapy. This involves high-frequency sound waves to break up the stones. Bile salt is then administered to help dissolve the small pieces. Lastly, a technique called contact dissolution has been known to dissolve gallstone. In this case, a doctor inserts a catheter through the abdomen and injects a drug right into the gallbladder, helping the stone to disappear. Both contact dissolution and shock wave therapy are considered experimental.

Every year about 750,000 Americans have to have their gallbladder removed. Surgery is really the only treatment that will guarantee gallstones won’t develop again.

There are steps you can take to prevent gallstones. For example, sticking to a regular mealtime schedule is helpful. Studies show that fasting can increase the risk of gallstones. Maintaining a healthy weight, losing weight slowly, and cutting down on foods that are high in saturated fat content are also good ideas. A lot of research shows that cholesterol plays an important role in gallstone formation. Of course, maintaining a healthy lifestyle is important not only for your gallbladder, but for your overall health, too.

If you develop symptoms such as sudden and intense pain in the upper right part of your abdomen, back pain between your shoulder blades, and pain in your right shoulder, you should seek medical attention. You may or may not be experiencing a gallbladder attack due to gallstones, either way these are symptoms that need to be properly addressed.