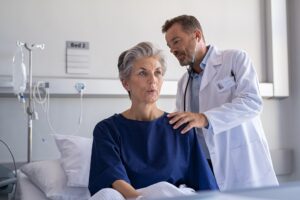 What comes to mind when you think of a fungal infection? Athlete’s foot, infected toenails, or a rash? Well, guess what? They can happen in your lungs, too.

Some fungus species cause respiratory illnesses when they’re inhaled. Common in certain parts of the United States, these types of infections are spreading to parts of the country where they were once never seen. Likely a result of climate change, according to experts.

The major fungal species behind these illnesses have been traditionally limited to regional “hot spots.” However, new work is showing that is no longer the case.

Experts from the University of California, Davis School of Medicine and the Centers for Disease Control and Prevention (CDC) say that three fungal diseases have expanded to other parts of the country: histoplasmosis, blastomycosis, and coccidioidomycosis (Valley Fever).

Each was once confined to specific regions in the country, but now 10 percent of infections occur outside the traditional range, and some are found throughout the country.
Cases popping up in non-traditional areas are likely going unnoticed because doctors are unfamiliar with the infections. The infections are often misdiagnosed, even in places where they are more common.

Fungal infections cause the same symptoms as viral or bacterial respiratory infections, like COVID, the flu, or pneumonia. Doctors must specifically test for fungus to diagnose the infection, then prescribe antifungal medication.

But if they aren’t testing, it can’t be treated properly. According to some experts, 90 percent of patients with fungal lung infections are first misdiagnosed.

Thankfully the infections will often clear on their own, but it can take a while. Infections may be severe for people who are elderly or have a weakened immune system.

Sometimes symptoms can drag on for weeks or months, and an incorrect diagnosis can expose them to rounds of useless antibiotics, which can put gut health at risk.