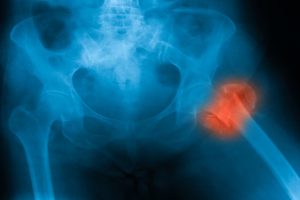 Full recovery after hip surgery is seen in less than half of older patients, according to latest research findings. A hip fracture can potentially be a life-changing condition for seniors. Majority of patients don’t return to the state of independence they had before the hip fracture.

Lead author of the study Dr. Victoria Tang explained, “We all hope for full recovery, but less than half recover to their previous function after a hip fracture. By being able to set realistic expectations of the likelihood of recovery, as family members, we can take steps to plan and prepare for future care needs of the patient.”

Recovery rates after hip surgery were found to be even lower among seniors over the age of 85 with dementia or another health condition.

Seniors face a higher risk of bone fractures due to bone loss associated with aging. The CDC reports that over 300,000 seniors over the age of 65 are hospitalized each year as a result of hip fractures.

In their data analysis, the researchers uncovered that chances of full recovery after hip surgery were less than 50 percent, regardless of the patient’s previous abilities.
In the study group consisting of just over 730 adults over 65, roughly one in three returned to prior daily functioning, slightly over one-third were able to move as before, and four out of 10 regained former ability to use stairs. For those who were very physically active prior to surgery, the outcomes were only slightly better than for those who were not.

Dr. Tang added, “From my clinical experience, I see that those that do not recover back to living independently need more support at home with bathing, dressing, ambulating, etc. Some move into assisted living and some move from a skilled nursing facility into a nursing home.”

The results imply a much lower recovery rate than earlier studies, but as the present study was observational, no causality was established.

In order to prevent hip fractures, the CDC recommends that older adults discuss their fall risk factors with their doctors and together create a fall-prevention plan. This may include taking vitamin D supplements, exercising regularly, or reviewing any medications that may increase the risk of falls.