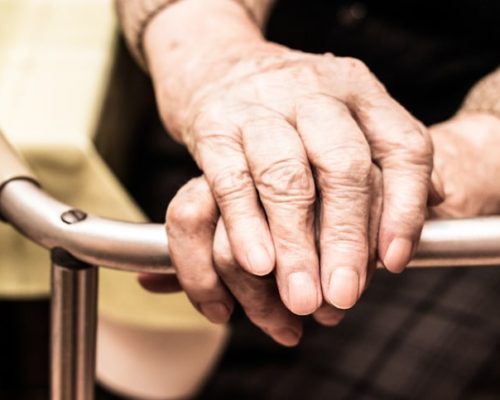 Frailty is associated with increased dementia risk in the elderly. Research findings suggest frailty should be considered in clinical care and management of Alzheimer’s dementia.

Professor Kenneth Rockwood explained, “By reducing an individual’s physiological reserve, frailty could trigger the clinical expression of dementia when it might remain asymptomatic in someone who is not frail. This indicates that a ‘frail brain’ might be more susceptible to neurological problems like dementia as it is less able to cope with the pathological burden.”

“This is an enormous step in the right direction for Alzheimer’s research. Our findings suggest that the expression of dementia symptoms results from several causes, and Alzheimer’s disease-related brain changes are likely to be only one factor in a whole cascade of events that lead to clinical symptoms. Understanding how individual risk factors work together to give rise to late-life dementia is likely to offer a new way to develop targeted treatment options.”

The study suggests that Alzheimer’s disease isn’t a single disease, but is quite a complex phenomenon that affects more than just the brain.

The researchers note that although their research shows a link between frailty and dementia risk, it was a cross-sectional comparison of people living in one area. More prominent studies need to be completed to confirm the findings.

Older adults tend to develop dementia more so, but being older also comes with other health problems. Frailty is one of those conditions that is more common in age but is also associated with cognitive decline.

For the study, the researchers looked at 456 participants and assessed them for Alzheimer disease-related brain changes. Annually, the participants underwent neuropsychological and clinical evaluations which included cognitive testing and neurological examinations. Diagnosis of Alzheimer’s dementia was based on clinical consensus, with slightly over half of participants being diagnosed with possible or probable Alzheimer’s dementia.

Brain tangles and plaques were measured after death. The researchers also developed a frailty index using a combination of 41 components of health status that were obtained through each clinical evaluation.

The researchers found that the association between frailty and Alzheimer’s was significant.

“While more research is needed, given that frailty is potentially reversible, it is possible that helping people to maintain function and independence in later life could reduce both dementia risk and the severity of debilitating symptoms common in this disease,” continued Rockwood.

Next steps for research should look at longitudinal relationships between frailty, cognition, and biomarkers of Alzheimer’s dementia to establish causation.

Also read: How dementia progresses: The 7 stages of dementia