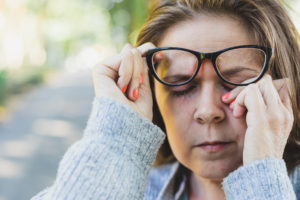 A common eye disease could be prevented by following a long-term low-carbohydrate diet that is high in fat and protein from vegetables. In a study conducted by the New York Eye and Ear Infirmary of Mount Sinai (NYEE), researchers found that a change in diet could help to lower the risk of a common subtype of glaucoma.

The study published in the journal Eye was the first to discover that if at-risk groups follow dietary restrictions, they may reduce their risk of developing primary open-angle glaucoma (POAG) with early paracentral visual loss by 20 percent.

“A diet low in carbohydrates and higher in fats and proteins results in the generation of metabolites favorable for the mitochondrion-rich optic nerve head, which is the site of damage in POAG. This dietary pattern has already been shown to have favorable results for epilepsy and showed some promising results for Parkinson’s disease and Alzheimer’s diseases,” said co-corresponding author Louis R. Pasquale, Deputy Chair for Ophthalmology Research for the Mount Sinai Health System. “It’s important to note that a low-carbohydrate diet won’t stop glaucoma progression if you already have it, but it may be a means to preventing glaucoma in high-risk groups. If more patients in these high-risk categories including those with a family history of glaucoma adhered to this diet, there might be fewer cases of vision loss.”

The study followed 185,000 participants from three large studies in the United States between 1976 and 2017. Participants were female nurses and male health professionals between the ages of 40 and 75 who were required to answer food frequency questionnaires every two to four years. Their data was analyzed to find what they typically ate and drank, what diseases they may be developing, and if they had glaucoma. The researchers asked their eye care providers to send medical records to determine if they had POAG.

As the first study of its kind, researchers warn that it is purely an observational study and a clinical trial will be needed to follow up with any patterns found in relation to the eye disease. They conclude that it is important to further research by identifying patients who have a genetic makeup of primary open-angle glaucoma who may benefit from a low-carbohydrate diet.