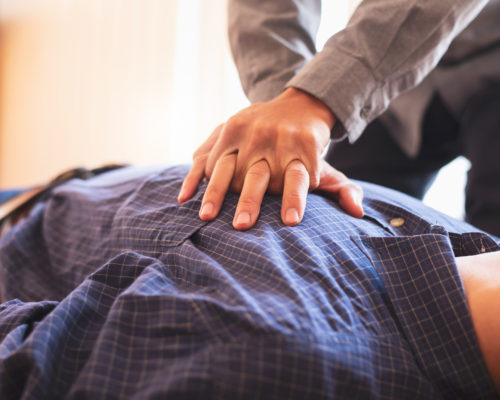 New research has examined the relationship between the flu, heart attack, and stroke, all of which occur more frequently in the winter. It was found that after flu-like illnesses, many patients showed an increase in the risk of heart attack and stroke.

The study published in the Journal of the American Heart Association analyzed public health data from 2004 to 2015 and focused on adults who were hospitalized or came to the emergency department for stroke, heart attack, or “flu-like illness.” The study relied on an algorithm developed by the U.S. Centers for Disease Control and Prevention to identify influenza and influenza-like symptoms through billing codes.

“We found that if someone’s going to have a heart attack, it’s going to occur within seven days of the flu-like illness, during the acute phase,” said Boehme, an assistant professor involved in the study. “With a stroke, we see an increased risk seven to 15 days after, similar to heart attacks. But with stroke, there is an additional higher-risk period after 30 days.”

After finding a variation in the risk of stroke and heart attack, Boehme and her team called for more research to help uncover more information. “Our study is just a small piece of the pie in understanding this. It raises a lot of questions about mechanisms,” Boehme said.

One such mechanism is the involvement of the flu shot. Past studies have shown that those who skip a flu shot are six times more likely to experience a heart attack. While this new research did not have information on whether their subjects had received a flu vaccine, they were able to conclude that “in the years where the vaccine effectiveness was higher, overall, the number of people who had influenza-like illness and the number of people who subsequently had strokes and heart attacks after influenza-like illness was lower.”

With hundreds of thousands of people in the United States still testing positive for COVID-19 each month, health officials are putting in extra efforts to understand how it may impact the flu season. Some experts are warning of a possible “twindemic.” This would mean a severe flu outbreak along with the COVID-19 pandemic.

With this threat of COVID-19 and the flu season approaching, health experts are encouraging people to continue with the precautions such as social distancing and wearing a mask. This study reinforces the importance of broadening our perspective to other things outside of traditional cardiovascular risk factors that may make others more vulnerable than others. By reducing the chance of severe flu, you may also reduce your risk of heart attack or stroke.