Home » Health News » Flossing may not be as beneficial for oral health as previously believed: Study 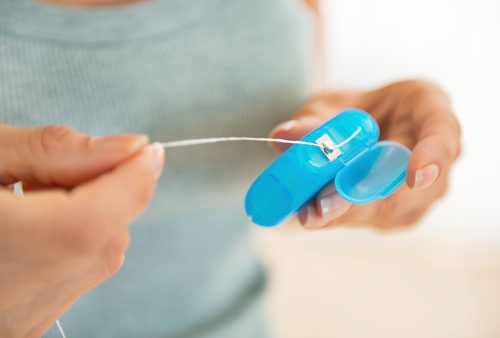 Ever since childhood, you’ve been told to floss, but a new study puts under scrutiny the supposed oral health benefits of flossing. The Associated Press looked at 25 studies over the last decade, comparing the effects of tooth-brushing alone with the combination of tooth-brushing and flossing. The researchers concluded that flossing is “weak, very unreliable,” of “very low” quality, and carries “a moderate to large potential for bias.”

One study even noted that the “majority of available studies fail to demonstrate that flossing is generally effective in plaque removal.”

Flossing has been a popular oral health recommendation for decades, even the U.S. government has recommended flossing. But the Associated Press review found little evidence to support claims of improved oral health through flossing.
Dr. Wayne Aldredge, president of the American Academy of Periodontology (AAP), did agree that studies on flossing offered weak supporting evidence, but added that the benefits of flossing could be more pronounced in studies focusing on diabetics and smokers, for example, who run the highest risk of gum disease.

Dr. Aldredge also suggests that people may be flossing incorrectly, doing so in a sawing motion as opposed to going up and down the sides of their teeth.

The American Dental Association (ADA) has claimed that flossing removes plaque and “is proven to help remove” debris between teeth, while the studies that do not show much benefit from flossing are based on the results from people who were doing it incorrectly.

The ADA will continue recommending flossing regardless of the study outcome.