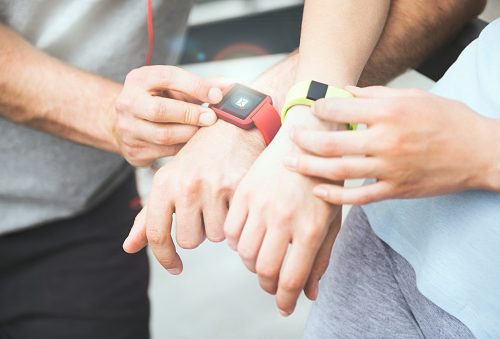 Getting more exercise is something we all strive to do. Sometimes, we take the stairs instead of the elevator, or we get off the bus one stop early and walk the rest of the way home. These are small things we do every day that helps us get at least some exercise.

In this technology driven world, there are a multitude of different wrist-worn devices that claim to track the number steps taken, measure heart rate, and even tell your how many calories you’ve burned. As you can imagine, this is great for anyone looking to stay motivated. However, a Stanford study aimed to find out if these fitness trackers really do work. If so, how accurate are they?

They found it important to get this information as the popularity of these hi-tech monitors is on the rise. The data has real-world implications as it is often shared with a person’s doctor.

The study involved 31 women and 29 men who wore the devices while walking or running on treadmills or stationary bicycles. Vitals such as heart rate were measured with a medical grade electrocardiograph as well as with the fitness device. Metabolic rate was estimated with an instrument for measuring both oxygen and carbon dioxide in the breath.

What they found was that all devices tested were great at measuring heart rate, with an error rate of less than five percent. Some devices were more accurate than others, with skin tone and body mass index being possible factors.

However, none of the devices accurately measured energy expenditure. More surprising is that the device considered to give the most accurate reading was off by an average of 27 percent. The least accurate device was off by 93 percent.

“People are basing life decisions on the data provided by these devices. But consumer devices aren’t held to the same standards as medical-grade devices, and it’s hard for doctors to know what to make of heart-rate data and other data from a patient’s wearable device,” said senior author Euan Ashley, professor of cardiovascular medicine of genetics and of biomedical data science at Stanford.

The researchers stress that users should only rely on the heart rate reading of their fitness tracker, as their ability to count calories is far from ideal. They admit not knowing why energy expenditure data numbers were so off, as these companies often extensively test their devices. It is likely that the algorithms set in place in fitness trackers are simply making too many assumptions that don’t account for everyone.