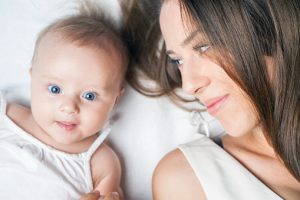 Lead author, T.J. Mathews, said, “The largest impact has been the decline in first births to women under 20. There has also been an impact of older women having births.”

There are many factors which come into play when it comes to first-time mothering like economics, greater interest in higher education, and an increase in career choices which is not only reducing the number of teen moms but also raising the average age for first-time mothers.
Matthews explained the implications later-life mothering could bring not only to the mother but to the child and to the population as well stating, “The average is going up for mothers, which is likely to delay childbearing, and if you delay you are more likely to have fewer births, and that has ramifications for our overall population. You need 2.1 births per couple to replace the population over the long term. The U.S. is right on the cusp of replacement.”

Since 2000, Matthews reported that the teen mom rate dropped 42 percent and first births for women aged 30 to 24 rose 28 percent and births after the age of 35 rose 23 percent.

Dr. Jennifer Wu, an obstetrician/gynecologist at Lenox Hill Hospital, explained her concerns over later-life first-time mothers: “As they delay pregnancy, women are incurring other risks. An older mother has a higher risk of gestational diabetes, pre-eclampsia and other complications, including passing on genetic defects.”

The findings can be found in NCHS Data Brief.