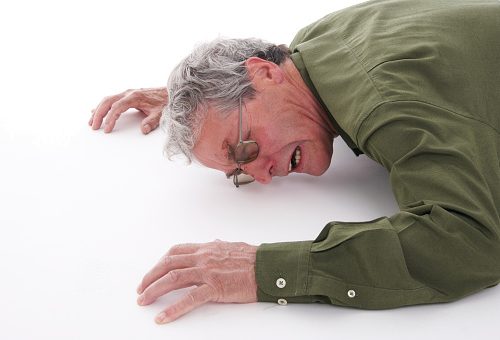 Suffering from a fall can be scary, especially for elderly individuals living alone. Being immobilized or becoming injured not only causes immediate pain but may lead to further problems down the line. A research project completed by Swansea University Medical School aims to implement new guidelines for paramedics to help them make the right decisions for elderly people who have fallen. These new plans are meant to keep seniors safer and help reduce the number of emergency calls.

Falls by the elderly are a common and serious problem with approximately 30 percent of people over 65 living at home falling every year. Nearly 8 percent of all emergency calls in the UK are for falling accidents. As one can imagine, this results in hundreds if not thousands of visits to the hospital each year, regardless of whether or not the sustained injuries are severe enough. This has led to falls accounting for nearly £1 billion of the National Health Service (NHS) budget alone.

Before the Swansea University study, paramedic guidelines did try to reduce the number of hospital visits attributed to fall victims by assessing them case-by-case. For example, if a person has fallen but is not injured, they may be left at home by the ambulance crew rather than taken to the hospital. This happens in about 40 percent of cases, but we don’t know whether it is a safe and effective procedure.

What the researchers at Swansea University want to implement is a project called SAFER-2 (Support and Assessment for Fall Emergency Referrals). The team has already carried out a large-scale trial to test the new guidelines—a protocol for paramedics to use to assess people who have suffered a fall and called the emergency line. This protocol aims to help paramedics better decide whether they should take a patient to the hospital or leave them at home with a referral to a community-based fall service if appropriate. The trial involved 105 paramedics based at 14 ambulance stations across three UK ambulance services. The research team monitored over 4,000 people who called for an ambulance service after falling.
After the study was concluded, implementation of the new protocol demonstrated the following:

While the new protocol may not have been readily adopted by the paramedics in the study, it did show a small reduction in the number of emergency calls by fall victims. Being that the new protocol implementation was safe and cost effective—while still having a positive effect (albeit small)—it’s safe to say it’s going to reduce health service costs and hospital admissions in the long run.