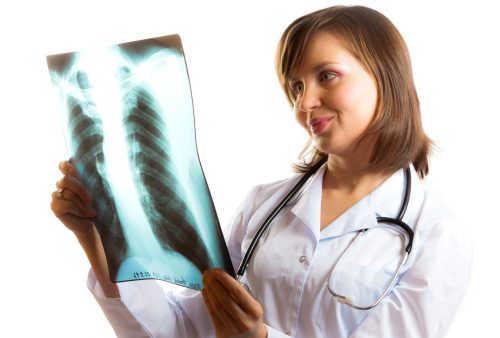 Cancer has claimed the lives of millions of people across the globe, prompting healthcare officials and researchers to adopt a pro-active stand against this medical condition. Both government and non-government groups have campaigned for the identification and implementation of cancer prevention measures that could possibly slow down or ultimately stop cancer development. These health programs emphasize the importance of leading a healthy lifestyle, which consists of consuming fruits and vegetables and engaging in physical exercises that could facilitate in decreasing cancer risk and prevent cancer development.

The Good News for Cancer Prevention

The extensive application of screening assays in detecting symptoms of cancer development to reduce cancer risk has reached prominence in healthcare programs. However, it is also essential to directly determine whether these cancer prevention programs are indeed effective in reducing cancer risk. The health departments of various countries around the world have spent millions of dollars in supporting the purchase of expensive equipment that are used in detecting signs of cancer development. As for legislators, these government officials are always ready to cut the budget of specific healthcare programs once they directly determine that a specific cancer prevention technique is useless in lowering cancer risk.

The Recent Report on Cancer Risk

According to a recent report published in the journal PLoS One, the use of mammography and other screening approaches for cancer prevention has significantly contributed to the decrease in breast cancer-related mortality among Spanish women. The study involved reviewing the mortality rates associated with breast cancer from 1975 to 2008. In addition, this data was compared to the number of women examined for breast cancer during the same study period, together with the extent of application of cancer prevention screening assays such as mammography and adjuvant therapies. The study also examined the effects of various types of breast cancer screening approaches, including single and combination assays. The researchers wanted to know the optimal cancer prevention setting that could generate the greatest reduction in cancer risk.

The results of the study showed that the combination of mammography screening and adjuvant therapy significantly decreased the chances of cancer development among Spanish women. At the start of the study period until 1993, an increase in breast cancer-related deaths was observed, changing from 29% to 38% per 100,000 women. However, this subsequently decreased to 23% by 2003, possibly due to the extensive screening programs against breast cancer. Interestingly, the mortality rate for breast cancer by 2003 was much lower than that report in 1975, thus surpassing their expected decrease in cancer risk. More importantly, the application of cancer prevention screening programs has thus effectively addressed the need to identify an approach against cancer development.

The proponents of the study were aware that if specific cancer prevention programs such as mammography were not implemented, it was highly likely that the cancer risk of their study population would have further increased to 47% by 2003.

This recent report on the impact of breast cancer screening approaches to decrease cancer risk attests to its contribution in improving human health. The reduction in the mortality rate of women due to breast cancer may also increase life expectancy among women, and ultimately, diminish breast cancer risk.