Home » Anti-Aging » Arthritis » Could Eating THIS Vegetable Be The End of Osteoarthritis? 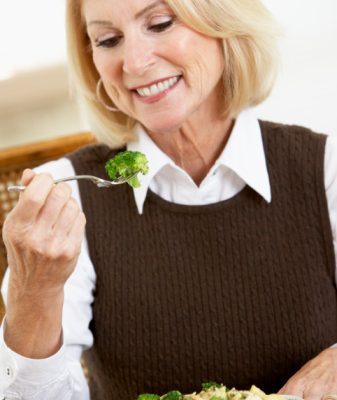 Literally millions of children around the world have heard their parents say “eat your broccoli, it’s good for you.” Countless studies show that it is true. This flowery, green vegetable is high in vitamin A and K. It is also high in fiber and a rich source of flavonoids, which fight inflammation. And, according to a recent study, broccoli can now boast of yet another incredible health benefit – researchers discovered that it could slow the progression of one of the most common forms of arthritis.

Laboratory studies conducted by a research team from the University of Anglia in the UK came to the conclusion that a compound found in the broccoli vegetable could play a key role in both preventing and slowing the progression of osteoarthritis.

The compound sulforaphane releases when we eat vegetables such as Brussels sprouts and cabbage; however, broccoli is an even richer source of this substance. In the past, studies have shown that sulforaphane has anti-inflammatory abilities, but this is the first time a study has indicated such a significant impact on joint health.

During the study, researchers discovered that sulforaphane actually blocks the enzymes that cause joint deterioration. The findings were published in the journal Arthritis and Rheumatism.

In lab tests, researchers discovered that mice who were fed a diet high in sulforaphane had significantly less cartilage damage and osteoarthritis than those who were not. The study also looked at human cartilage cells and cow cartilage tissue.

Osteoarthritis can be a serious and very painful joint disease. It mainly affects the hands, knees and hips. Over 8.5 million people in the UK suffer from this form of arthritis. In the United States, 27 million have the disease. Public health reports indicate that the number of cases and the economic impact of osteoarthritis are expected to increase dramatically over the next two decades.


What This Latest Study Means

Some people who suffer from osteoarthritis are forced to endure surgery, but it is a last resort and not always successful in relieving day-to-day pain. The authors of this latest study say once someone has arthritis, being able to slow the progression and avoiding surgery is important. Changing lifestyle, including eating habits, would be a better way to treat the problem. Researchers also say their work exemplifies the fact that healthy people may be able to learn how to protect their joints so they don’t get arthritis; there is no way to ward off the disease with pharmaceuticals. In other words, you can’t give healthy people drugs unnecessarily. The idea is that proper dietary nutrition is a desirable alternative. People may also choose to add nutritional supplements into their diet for added health benefits.

Experts from the School of Biological Sciences and Norwich Medical School in the UK are now going to conduct a small trial with osteoarthritis patients who need knee replacement surgery. They will test if eating broccoli has similar effects on human joints. If positive results are achieved, they hope to get funding to move forward with large scale clinical trials to investigate the impact of the green vegetable on joint function and pain.