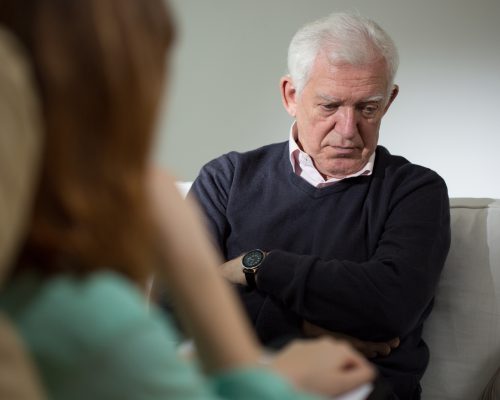 Dr. Roland Staud, professor of medicine, division of rheumatology and clinical immunology at the University of Florida, said, “Depression makes pain worse and causes lots of fatigue and functional disability in fibromyalgia patients. Alleviation of one leads to alleviation of the other.”

Depression can make a person more aware of their pain, and statistics show that depression runs three times higher among fibromyalgia patients. Changes to the brain caused by depression could lead to abnormalities prompting the release of substances that increase pain sensations. The result? Fibromyalgia that onsets a never-ending cycle of pain, depression, pain, depression, and so on and so forth.

The good news is, becoming aware of fibromyalgia and pain and how they relate to each other can help improve treatment. In fact, many doctors prescribe antidepressants for fibromyalgia, as they could help improve both conditions.

Connection between depression and fibromyalgia pain

Fibromyalgia causes anxiety due to living in pain, which oftentimes can be debilitating and hold you back from doing the things you love. This anxiety tied with social isolation can contribute to depression, which can further worsen fibromyalgia symptoms.

Some fibromyalgia patients may be fully aware of their depression while others are not – sometimes, because of the lack of knowledge about depression symptoms or unwillingness to admit their depression due to the associated stigma. Signs of depression in chronic pain include reduced energy levels, difficulty concentrating or making decisions, hopelessness, feeling of guilt, irritability, loss of interest in nearly all activities, persistent sadness or anxious mood, and uncontrollable tearfulness.

Feelings of depression have been seen to be common among chronic pain patients, and prevalence of depression in this group is three to four times greater than in the general public. Stress is also a large contributing factor to these rates. On the other hand, living with depression can also increase the risk of chronic pain, as depression increases pain sensitivity.

The good news is, although there is no cure for fibromyalgia, depression and fibromyalgia together can be properly managed. 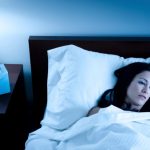 Roughly two to four percent of the U.S. population are affected by fibromyalgia. Estimates of U.S. prevalence were done based on the 1990 American College of Rheumatology (ACR) guidelines for the fibromyalgia diagnosis, accounting for roughly 10 million cases of fibromyalgia. But it has since been argued that these estimates are too low, and the guideline fails to capture many patients who could be living with fibromyalgia unknowingly.

Some estimates of the economic impact of fibromyalgia amount to over $10,000 per patient annually. On average, a fibromyalgia patient will miss up to 17 days of work.

Over one in 20 Americans have reported recurring depression between 2005 and 2006, according to the CDC. Nearly two-thirds of individuals with depression are not even aware of their condition, so it often goes untreated despite being treatable.

The economic impact of depression is $30 to $44 billion annually, which not only includes medical costs but also the toll that depression takes on one’s working abilities and relationships.

The key distinguishing symptom of fibromyalgia is tender points located on the body. Other signs and symptoms of fibromyalgia include chronic muscle pain, muscle spasms or tightness, moderate or severe fatigue, decreased energy, insomnia, waking up feeling unrefreshed, stiffness upon waking or after staying in one position for too long, concentration problems, difficulty remembering and performing simple mental tasks (“fibro fog“), abdominal pain, bloating, nausea, constipation alternating with diarrhea (irritable bowel syndrome), tension or migraine headaches, jaw and facial tenderness. With fibromyalgia comes sensitivity to odors, noises, bright lights, medications, certain foods, and cold. Fibromyalgia patients report feeling anxious or depressed, numbness or tingling in the face, arms, hands, legs, or feet, increase in urinary urgency or frequency (irritable bladder), reduced tolerance for exercise and muscle pain after exercise, and a feeling of swelling (without actual swelling) in the hands and feet.

Signs and symptoms of depression include feeling helpless or hopeless, loss of interest in daily activities or once favorite hobbies, changes to appetite or weight, changes to sleep, anger or irritability, loss of energy, self-loathing, reckless behavior, problems concentrating, and unexplained aches and pains.

As you can see, there are many similar symptoms in both conditions, giving way to confusion in diagnosis. 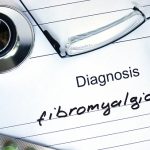 In depression, there isn’t a clear cause as well, and numerous factors may play a role in its onset. Possible triggers include genetic causes as depression has been seen to run in families, biochemical causes as noticeable changes have been seen in the brains of depression patients, hormones as seen in postpartum depression, seasons as seen in seasonal affective disorder (SAD), and situational as depression may be caused by a traumatic event.

Fibromyalgia, too, has different types of pain including hyperalgesia (amplified pain), allodynia (skin is painful to touch), and painful paresthesia (nerves feel like crawling, tingling, numbness, itching, or burning).

Fibromyalgia complications include poor ability to function due to lack of sleep, which worsens symptoms. Anxiety and depression, too, may be a result of fibromyalgia as it is not a well understood condition, so it can be frustrating to live in pain when many others simply don’t understand, especially because there is no specific cure or treatment.

Risk factors of depression include certain personality traits like low self-esteem, self-criticism or pessimism, enduring a traumatic or stressful event, childhood trauma or depression, a family history of depression, homosexuality or bisexuality in an unsupportive environment, history of mental health issues, abuse of alcohol or drugs, and a serious chronic illness like cancer or heart disease. Being on certain medications can also increase your risk of depression.

Complications of depression are excess weight or obesity (which can contribute to heart disease), pain and physical illness, alcohol or substance misuse, anxiety, panic attacks or social phobias, social isolation, suicidal feelings or attempts, self-mutilation, and premature death as a result of other health conditions.


Difference between depression and fibromyalgia diagnosis

There isn’t a specific test for depression, so your doctor may have to perform a number of different tests as a means of ruling out other health problems that may present similar symptoms. Some tests you may undergo to be properly diagnosed with depression include a physical examination, blood tests, thyroid tests, psychological evaluation, and the DSM-5-based test, which offers the criteria for depression a professional will use as guidance in their diagnosis.

There isn’t a specific test for fibromyalgia either, but doctors may use a form of testing that checks 18 specific trigger points that have been found to be present in majority of fibromyalgia patients. Not all doctors use trigger point exams anymore, but rather they narrow in on a fibromyalgia diagnosis if a person has experienced widespread pain for at least three months. Your doctor may also refer you for some blood work to rule out other conditions.

Treating fibromyalgia can be difficult as its exact cause is unknown. Therefore, the goal of fibromyalgia treatment is symptom management. A doctor may prescribe analgesics, or painkillers, to address fibromyalgia. However, there is a risk of developing addiction to these drugs, so doctors may recommend this option with caution. Nonsteroidal anti-inflammatory drugs (NSAIDs) can also be taken for pain management, but once again long-term use of these drugs can yield unwanted side effects. In some cases, antidepressants may be prescribed as well.

Some treatment methods for depression include talk therapy and medications. Talk therapy can include cognitive behavioral therapy, problem-solving therapy, and interpersonal therapy. Talk therapy helps you recognize any underlying issues and discuss them with a professional to come up with solutions and provide you with strategies to deal with upcoming and future situations that may arise. You can also work through your current feelings as a means of properly dealing with them in a healthy matter.

As you can see, there are some similarities between depression and fibromyalgia treatment, meaning treating both simultaneously is possible. The first step is to recognize that you are living with depression and not be afraid to ask for help.