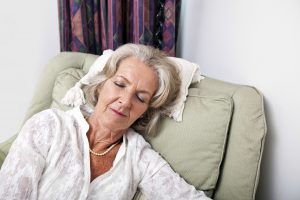 Today is fibromyalgia awareness day, and a current study has suggested that daytime napping raises the severity of fibromyalgia pain along with other symptoms. Many patients catch up on lost sleep with daytime napping, but this practice can actually have patients feeling worse.

The findings come from a collaborative effort by researchers in New Zealand, the U.S., Germany, and the Netherlands. The researchers collected data from online questionnaires distributed to 1,044 adults with fibromyalgia. The researchers found that longer, more frequent naps were associated with symptom severity.

The results revealed that daytime nappers often go to bed in the afternoon without intention. Napping was mainly due to being exhausted, not feeling well, having a headache, making up for lost sleep, or experiencing pain. Younger patients were found to nap more than older ones.

The researchers found that daily nappers had increased prevalence of comorbidities and pain.

Although napping may make patients feel temporarily better for the moment, the end result is actually worsened pain and other symptoms.

Fibromyalgia is a painful condition, which affects a person’s overall quality of life. Symptoms can bog a patient down and have them feel as if they don’t even want to leave their bed. There are natural ways to help ease pain symptoms of fibromyalgia, including:

These natural remedies not only help reduce pain, but can also ease stress, depression, and anxiety, which can all be the results of fibromyalgia.

Fibromyalgia and migraine patients are at a higher risk of suicide, study