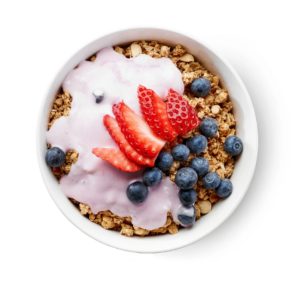 Diverticulitis is a type of diverticular disease that can cause uncomfortable symptoms and, in some cases, serious complications. It occurs when small, bulging pouches develop in the digestive tract. When these pouches become inflamed or infected, the condition is called diverticulitis.
Although it has long been known that a high fiber diet has been linked to a decreased risk of diverticulitis, research hasn’t yet shown if some forms of fiber are better than others for minimizing the risk. This is the reason why researchers took on a study of this kind.

Published in the American Journal of Gastroenterology, researchers followed 50,019 women aged 43 to 70 years and who had no history of diverticulitis, cancer, or inflammatory bowel disease. Over 24 years of the study, it was shown that 4,343 participants developed diverticulitis. Of these women who developed the common bowel disease, it was shown that they were more at risk because of a low amount of fiber in the diet, approximately 13 grams a day. For those who consumed approximately 27 grams of fiber a day or more, they were 14 percent less likely to develop diverticulitis.

“People concerned about developing diverticulitis, particularly those with a history of the disease, and who are worried about another episode, might want to consider increasing their intake of fiber, particularly from fruits,” said Dr. Andrew Chan, senior author of the study and a researcher at Harvard Medical School and Massachusetts General Hospital in Boston.

No Difference Found with Vegetables

Researchers were surprised to find that vegetables did not seem to make a difference in lowering the risk of diverticulitis, but those who consumed around 1.7 grams a day of fruits were 17 percent less likely to develop the condition. Each additional serving of fruits such as apples, pears, and prunes was associated with a 5 percent lower risk. Some other fruits such as apricots, peaches, plums, and bananas did not appear to reduce the risk.

Women who consumed the most cereal fiber each day, around 9.8 grams were 10 percent less likely to develop diverticulitis than those who ate the least, around 2.9 grams.

“When we eat fiber, in collaboration with naturally occurring bacteria in our intestines, breaks it down into specific proteins that in turn, might reduce inflammation which could predispose us to diverticulitis,” Chan said. “Fiber in our diets may also influence the natural movement of mobility of our colon which affects the risk of diverticulitis.”

Usually diagnosed in an acute attack, diverticulitis can cause abdominal pain and can cause long-term complications if left untreated. Be sure to check with your doctor if you are experiencing abdominal pain, as it can be an indicator of a number of problems.