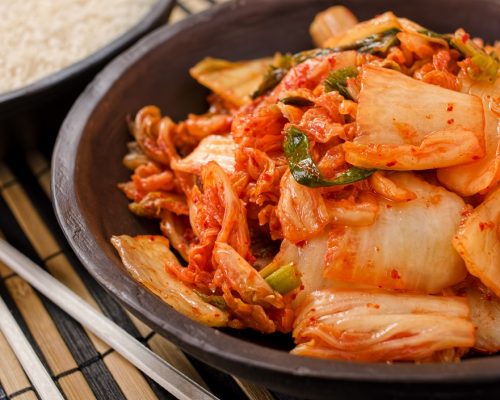 I’ve seen more health and diet fads over the past 40 years than I care to remember. But some aren’t fads, and I’d venture to say the current hype around fermented foods fits the bill.

Why? First off, it passes the smell test. There are no magical claims, it encourages a diverse group of foods, and it is not restrictive.

Further, there is some sound science to suggest fermented foods contribute to a healthier microbiome, the collection of bacteria and other microbes that naturally live in your gut. When a diverse population exists, health benefits usually occur.

A recent study adds some more strength to the argument.

They found that after the trial period, people who boosted their intake of fermented foods showed improvements in microbiome diversity.

All of this is fairly interesting and suggests that including more fermented foods in your diet could be a way to diversify your microbiome and potentially enjoy a host of health benefits, while possibly reducing the risk for certain chronic conditions.

A diverse microbiome is associated with lower instances of digestive problems, diabetes, a stronger immune system, and better brain function.

Of course, yogurt and other fermented foods are not a magic bullet. They are part of a healthy diet and likely work best as a small part of a greater sum. You can also help feed your new, healthy, bacterial population by eating fiber-rich fruit, vegetables, and grains.

If you’re on the fence about fermented foods, maybe give them a try. Just be careful to avoid options with added sugars and other ingredients that may negate any potential benefit.