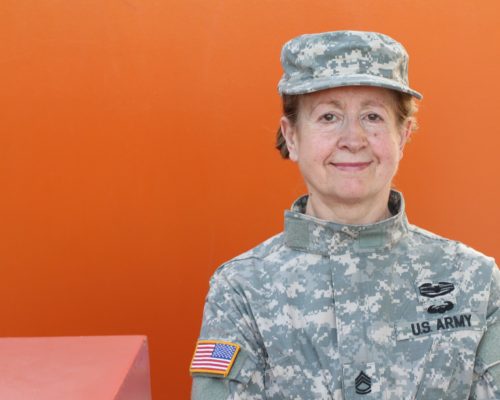 New research shows that female veterans with post-traumatic stress disorder (PTSD) have a higher risk of heart disease compared to female veterans without PTSD. These findings are part of preliminary research that was presented at the American Heart Association’s Scientific Sessions in Philadelphia.

The study outlines how females with PTSD have a higher risk of heart disease factors, including obesity at younger ages than those without PTSD. There has been research in the past that linked heart disease to PTSD, but most of the studies have been conducted on male veterans.

Study author Ramin Ebrahimi, M.D., a clinical professor of medicine at the University of California Los Angeles and a staff cardiologist at the Greater Los Angeles Veterans Administration spoke about the study, saying, “Since PTSD and heart disease can present differently in men and women, we wanted to assess the prevalence of heart disease risk factors in female veterans to better understand any correlation of PTSD to heart disease unique to this population. We looked at the national Veterans Administration electronic database and found that female veterans with PTSD had higher rates of diabetes, high cholesterol, high blood pressure, tobacco smoking, and obesity compared to women veterans who did not have PTSD.”

Women Should Be Watched Closely

“Having higher rates of heart disease risk factors could put female veterans with PTSD at increased risk for developing heart disease. Healthcare providers may need to watch these women more closely at a younger age and treat them more aggressively than those without PTSD to decrease their risk of heart disease,” Ebrahimi said.
Post-traumatic stress disorder (PTSD) is a disorder that develops in some people who have experienced a shocking, scary, or dangerous event.  This mental health condition triggered by a terrifying event is either by experiencing it or witnessing it. It is most common in veterans who witness combat, but can also include any life-threatening event such as a natural disaster, a car accident, or sexual assault.

Although this study helps to outline the risks of PTSD in women, more research is needed to understand it on more levels. It is still not clear whether PTSD by itself increases risk of heart disease or if risk of heart disease is higher in women because they have more risk factors. Ebrahimi concluded, “Our study will continue and hopefully will answer this question, too.”