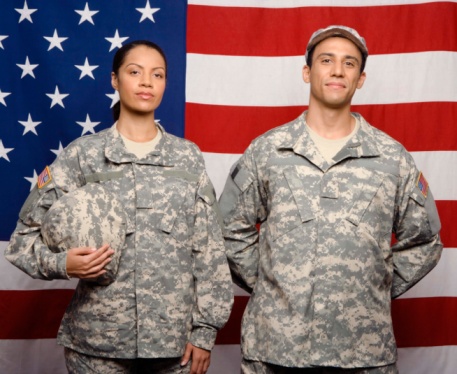 Recent research by Defense and Veterans Affairs suggest female soldiers are at no higher risk of developing post-traumatic stress disorder (PTSD) than men who have had similar experiences.

Statically speaking, rates of PTSD reveal that women are twice as likely to develop the condition compared to men. PTSD is a condition related to a traumatic event in a person’s life – it is commonly associated with individuals who go to war. Traumatic events can vary and effect people differently. Some examples are experiencing a loss, sexual abuse or serious injury.

Twenty-three hundred pairs of men and women – paired based on matching variables like combat exposure – were followed for seven years. For the study, 200,000 participants part of the Millennium Cohort Study were included.

Author Dr. Shira Maguen said, “This is the first study to prospectively investigate the development of PTSD in male and female service members who were matched on multiple important characteristics that could explain some of the differences in PTSD, including military sexual trauma.” Researchers did not find any differences in rates of development of PTSD when men and women were compared based on similar experiences.

Generally, female soldiers experience less combat time, but researchers made sure to pick out samples of men and women with similar experiences. Age, race, education, pay grade, marital status and military occupation were also matched between the men and women. Furthermore, researchers paired up men and women troops based on health characteristics as well as any stressful events in their lives.

Over the course of the study 6.7 percent of women developed PTSD along with 6.1 percent of men. Researchers suggest the numbers don’t reveal a significant difference, and severity of PTSD in the women and the men were equal.

Maguen added, “I do think military women are extremely resilient, but I think the differences in rates in the civilian literature actually have to do with a number of factors, including women having much higher rates of interpersonal traumas, which we know put people at high risk for PTSD.”

Although researchers outline limitations of the study, they feel they managed to offer insight to answer the question, “If a man and woman are equivalent on all other factors, including history of sexual assault, which is more likely to develop PTSD in a deployed environment with or without experiencing combat?”

Researchers feel the findings support the idea to put more females in combat roles without fearing higher rates of PTSD.  The author stated, “This study supports the positive direction being taken by the expansion of women’s occupations into combat arms roles, and suggests continued support from the [Department of Defense] for women seeking occupational equality in the military setting.”

The findings were published in the Journal of Psychiatric Research.