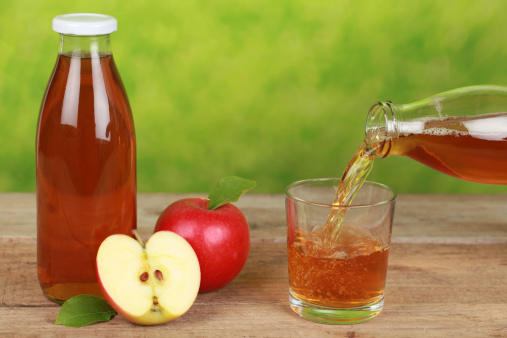 As a parent or a simple apple juice enthusiast, the last thing you want to worry about when purchasing your child’s favorite drink is the possibility of toxins or cancer risks.  Sadly, that was exactly the case recently. Due to a recent outburst from parents and general shoppers, the FDA (Food and Drug Administration) has decided to reduce the amount of arsenic toxins that can be found in apple juice.  Although this particular concern had been voiced for a year prior to the decision, the pressure of the public led the FDA to pursue this venture.

Arsenic can be found in a variety of different areas of our environment, such as food and soil.  These toxins are generally naturally occurring and can influence the food that we eat in various ways.  The most recognized form of arsenic is the inorganic type, which is extremely harmful to the human body.  The inorganic toxins are commonly known to cause cancer by over ingestion for an extended period of time.  Fortunately, the organic type of arsenic that is present in apple juice is essentially harmless to the general population.

Why are Toxins in Apple Juice?

Organic arsenic is found in soil, which is used to grow a variety of different fruits and vegetables.  As such, there may be traces of toxins, such as arsenic, in fruit and vegetable juices.  Until 1970, countries would use pesticides filled with arsenic.  This resulted in some farms and agricultural fields still having trace amounts of organic and inorganic arsenic within the soil.  This leads to small amounts of arsenic being found in fruit juices.

Is Arsenic Detrimental to My Health?

Although organic arsenic is generally harmless, according to the FDA there have been a variety of instances where individuals have acquired cancer from the over consumption of this particular chemical due to DMA (dimethylarsinic acid) and MMA (monomethylarsonic acid).  With that being said, arsenic contains extremely low levels of this particular cancer-causing chemical, as does soil, pesticides and even water.

Will I Get Cancer from Drinking Apple Juice?

As previously mentioned, there are two forms of arsenic: inorganic and organic.  Although the consumption of organic arsenic is essentially harmless, inorganic arsenic can be detrimental to one’s health and may even cause cancer.  Those who ingest inorganic toxins, such as arsenic, over an extended period of time are the individuals who are more prone to develop cancer.  Thus, the FDA lowered the acceptable levels of arsenic found in apple juice to ensure that consumers are not susceptible to this risk.

How is the FDA Helping?

The FDA has set a new level of standards for juice manufacturers in terms of the amount of toxins like arsenic that are present in juice from concentrate and natural juices.  Any apple juice that is found to have more than 10 parts per billion will be removed from the shelves.  The companies that manufacture the apple juice with arsenic levels above the set limit may also face legal penalties.  As per an analysis conducted by the FDA in 2012, over 95% of available apple juices were below the appointed threshold.

What About the Other Available Foods for My Family?

Organic arsenic is found in a variety of different parts of the environment, such as soil and water.  With that being said, the FDA is currently working on limiting the amount of arsenic and other toxins that are found in other food substances.  One of the most important foods that the FDA is working on is rice.  Considering that rice is grown in water within soil, it can absorb an ample amount of arsenic under improper growing conditions.  This is imperative because the majority of the world’s population consumes rice on a daily basis.

The FDA monitors every food product and beverage that is offered to the nation.  With that being said, everything that we consume is constantly being monitored.  Since the FDA has devoted its attention to fruit juice and arsenic, the current acceptable levels of toxins in apple juice are being lowered.  Arsenic can provide detrimental long-term effects, such as cancer and other ailments, but with the lower established levels, consistent consumption should not affect the lives of children or others.

Juice cleanses can offer numerous health benefits, so if you’re trying to find a way to boost your health we have many juicing diet recipes that can help detox your body at home. But first, let’s sort out whether juice cleanses work and whether you should do a juice cleanse. Continue reading…