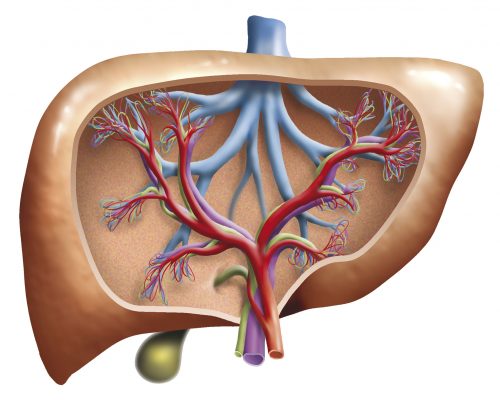 Fatty liver disease patients can improve kidney function with low fat diet and exercise. In addition, those who experienced improvement in liver disease also saw their renal function improved, even after adjusting for factors such as diabetes, hypertension, concurrent medications, and weight loss.

Senior author of the study Dr. Naga Chalasani explained, “The exact mechanism to explain these findings have not yet been entirely elucidated. However, it may be a reflection of the improvement in oxidative stress, insulin sensitivity, inflammation, and vascular endothelial function and permeability that may contribute to positive changes in kidney function.”

A study found a 69 percent higher risk of kidney disease in diabetics with non-alcoholic fatty liver disease, compared to diabetics without the liver condition. Prevalence of non-alcoholic fatty liver disease is estimated between 15 and 30 percent among the general population of various countries, but it seems to be increasing.

The researchers suggest treating early stages of kidney disease in diabetics could slow down the disease progression. Identifying precursors and risk factors among patients can improve health outcomes as well.

The study included 1,760 outpatients with type 2 diabetes who had normal or near-normal kidney function. During the follow-up period, 547 participants developed chronic kidney disease, with a yearly risk of 4.5 percent.

The mechanism behind the increased risk of kidney disease in diabetics is not well understood. There is a possibility that the study results simply demonstrate the coexistence of the known risk factors.