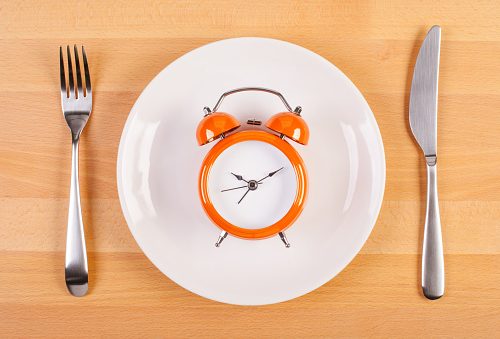 New research from the University of Southern California’s Leonard Davis School of Gerontology has shown that a scientifically developed fasting diet not only aids in weight loss, it may also help lower the risk of developing major diseases. This diet was found to reduce risk factors for cardiovascular disease like blood pressure and inflammation, while increasing participants’ metabolism. Volunteers also lost weight in total body fat and trunk fat but maintained their muscle mass.

The fasting diet effectively reduced participants’ risk for developed age-related disease such as diabetes and heart disease. Professor Valter Longo addressed these results, stating “This study provides evidence that people can experience significant health benefits through a periodic, fast-mimicking diet that is designed to act on the aging process. Prior studies have indicated a range of health benefits in mice, but this is the first randomized clinical trial with enough participants to demonstrate that the diet is feasible, effective, and safe for humans.”

The study gathered 100 volunteers who participated between April 2013 and July 2015. Participants were between the ages of 20 and 70, and were all in generally good health. The participants were split into two groups, with the first continuing their normal eating habits for three months, while the second followed the fasting-mimicking diet for three months.

The second group were made to consume specific foods to mimic a water-only fasting five days out of the month, and eat meals prepared specifically for them that contained detailed proportions of protein, fats, and carbs for the rest of the month. Those in the second group saw an average weight loss of six pounds, a one to two-inch decrease in waist size, a drop in systolic blood pressure of 4.5mmHG, and a drop in diastolic blood pressure of 3.1mmHG. Encouraged by these results, researchers then made those in the first group follow the fasting diet, and found similar beneficial outcomes.
Longo addressed these results, stating “After the first group completed their three months on the fasting diet, we moved over participants in the control group to see if they also would experience similar results. We saw similar outcomes, which provides further evidence that a fasting-mimicking diet has effect on many metabolic disease markers.”

Researchers also found that participants who were originally considered at risk due to higher blood pressure or cholesterol levels made substantial progress towards better health.

This study shows that fasting periodically in a controlled, medical setting may help to not only lose weight, but lower the risk of age-related diseases by decreasing risk factors such as cholesterol and blood pressure.

Related: Fasting diet that mimics fasting for 5 days can slow down aging

Eat this for healthy blood pressure