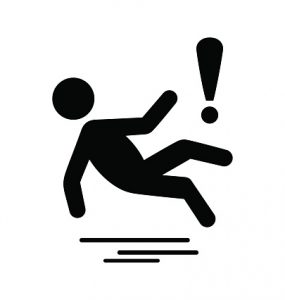 No one wants to fall or trip, especially the elderly. We know that the senior population is at a significantly higher risk of succumbing to injury after experiencing a fall because their bones tend to be brittle, have less fat to cushion falls, and don’t heal as quickly as they used to.

Falls are a leading cause of death and disability in the elderly, according to research from Duke-NUS Medical School in Singapore. The study followed approximately 354 elderly patients who previously sought medical attention for a fall or fall-related injuries, with all patients in the study being 65 years or older. The researchers wanted to assess the effectiveness of tailored physical therapy programs for the elderly, called SAFE—steps to avoid falls in elderly.

The results of the study documented the falls experienced and their severity in the previous month. Although the participation in physical therapy programs did not reduce the number of falls experienced by this sample of the elderly, it did significantly reduce the severity of falls and therefore reduced the overall mortality of these patients by preventing significant injury that would require medical attention. It was concluded that receiving physical therapy reduced the risk of falls by nearly 50 percent and that the health of the patients influenced the success of the physical therapy program.

While this study was done half-way around the globe, their results translate to everyone in the senior population who are at risk for falls. In the U.S. alone, falls are the leading cause of accidental death and the 7th leading cause of death in people over the age of 65. As the field of medical science advances and life expectancies continue to increase, a larger chunk of the population will be over the age of 65. They will be significantly more prone to injury, not only causing distress for themselves and their family but on the health care system as a whole.
What we can learn from our friends in Singapore and their SAFE study is that there is scientific evidence that community-based tailored physical therapy programs aimed at preventing falls in the elderly are effective at not only decreasing the rate of injury and reducing overall mortality, but they also increase the overall morale and happiness of the elderly population.

Being proactive and taking responsibility for our own health should always be a priority, and if you happen to be at risk for falls, you owe it to yourself and your loved ones to seek out physical therapy programs that help strengthen your muscles and keep you on your feet instead of in a hospital bed.

Know the signs of increased risk of winter falls in elderly

Falls are a deadly threat among seniors