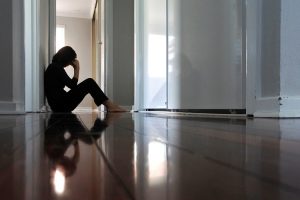 Eary-life inflammation may strongly increase the risk of depression later in life. A new study published in Neuron suggests that inflammation such as trauma and viral infections is linked to depression, but the mechanisms are not yet known.

Inflammation has previously been shown to be the root cause of many types of illness and disease, and now this study helps to link it to depression.

According to the WHO, over 300 million people worldwide suffer from depression, so there is a great need for research to better understand the disease. Past related studies have found decreased anterior cingulate cortex (ACC) synaptic density and increased inflammation in the brain of depressed patients.

To explore this theory further, researchers created an inflammatory model in mice by intraperitoneal administration of lipopolysaccharide (LPS) during the critical time window of mouse brain development (14 days after birth) to active the ACC microglia to stress.

It was found that six hours after the injection, ACC was significantly increased in the mice. They slowly recovered after 24 hours. It was also noted that unpredictable life stress events such as caging, weaning, noise, and fighting could lead to the activation of ACC microglia in the mice.

Microglial cells are immune cells of the brain that transforms into reactive states in response to stress challenger. When activated, these cells are the commander of the inflammatory state of the brain tissue, which is closely associated with the occurrence and development of depression.

This study showed that before stress, the sharp increase of ACC activity helped mice resist the attack of stress and help to protect themselves. However, the mice with early-life inflammation had frequent, persistent stress.

This is thought to be caused by the ACC being over engulfed by inflammation in the dendritic spines of neurons, consequently reducing the activity. As a result, the body’s ability to cope with stress was impaired, which promoted depression in adolescent mice.

As cases of depression rise worldwide, more research is needed to understand the mechanisms behind the symptoms. This study helps to outline the outcome of exposure to inflammation in early life. By understanding the connection of ACC and how it can be suppressed by inflammation, doctors may be able to offer earlier treatment to patients before it results in depression later in life.