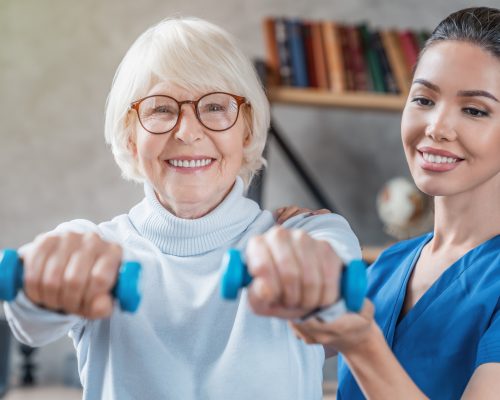 Regular physical activity can help prevent those with mild cognitive impairment from advancing into dementia. These findings resulted from a study published in the journal Alzheimer’s Research and Therapy, which found that exercising more than once per week had a direct impact on Alzheimer’s disease.

Mild cognitive impairment is a condition that causes small problems with memory and clear thinking. Dementia ranges in severity from the mildest stage, when it is just beginning to affect a person’s functioning, to the most severe stage, when the person must depend completely on others for basic activities of living which is often diagnosed as Alzheimer’s disease. Previous studies have found that people with mild cognitive impairment have a ten-fold higher risk of developing Alzheimer’s disease than the general population.

For the study, a team of researchers from Yonsei University College of Medicine, Republic of Korea, used electronic health record data of people diagnosed with mild cognitive impairment from 2009 to 2015. The average age of participants was between 64 and 69 years, and their physical activity was measured by using a questionnaire asking participants how much they had exercised in the previous seven days.

A Reduction in Brain Volume

The study conclusion suggests that regular exercise may increase the production of molecules that support the growth and survival of neurons or increase blood flow to the brain. This could, in turn, prevent a reduction in brain volume that is often associated with dementia.

Further research is needed to estimate better the duration of the protective effect of regular physical activity against Alzheimer’s disease. Biological mechanisms also need to be examined further to find the underlying protective effect. As more studies develop, the better-equipped physicians will be to help those who with suffer with mild cognitive impairment to reduce their risk of dementia.