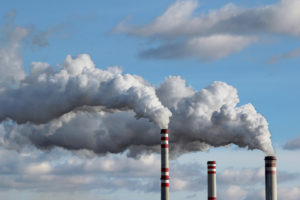 For people with high blood pressure, getting plenty of exercise is extremely important. However, some people feel that if they live in an area with high air pollution, they should not exercise outdoors as it may do more harm than good.

According to new research published in the American Heart Association’s journal Circulation, people who regularly exercise have a lower risk of high blood pressure—even those who live in areas where air pollution is high.

With over 91% of the world’s population living in areas where air quality does not meet the World Health Organization’s (WHO) guidelines, it is essential to assess the risk-benefit relationship between air pollution and physical activity.

For the study, researchers studied more than 140,000 non-hypertensive adults in Taiwan for an average of five years. They were divided into groups based on their weekly physical activity levels—inactive, moderately active, or highly active. They were also classified into groups according to their level of exposure to air pollution.

The American Heart Association issued a scientific statement in 2004, concluding that exposure to air pollution contributes to cardiovascular illness and death. In 2010, it was updated to include risk of heart attack, stroke, arrhythmia, and heart failure.