Home » Health News » Exercise May Be Effective for Treating A-Fib 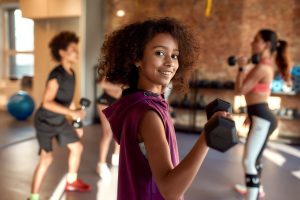 Millions of Americans live with a condition called atrial fibrillation, or a-fib. New research suggests if they start exercising more, it may make it a lot easier to live with.

The study showed that when people with a-fib participated in a structured exercise program for 3.5 hours per week, they were less likely to experience ongoing symptoms of the condition and had less severe symptoms than a control group.

The benefits lasted for at least one year.

A-fib happens when the heart’s chambers quiver chaotically. It leads to a fast and irregular heartbeat that can be quite scary and leads to symptoms like heart palpitations, breathlessness, dizziness, and extreme fatigue.

Every participant in the study, regardless of whether they were in the exercise or control group, continued their medication throughout the trial period.

After a year, people in the exercise group experienced a-fib recurrence 20 percent less frequently than the control group. When they did experience an episode, they had less severe symptoms, reporting fewer heart palpitations and shortness of breath in the following year.

The reason why exercising for 3.5 hours per week (210 minutes) is still not understood, but moderate activity is closely associated with improved heart function and health.

Moderation is also important to those dealing with a-fib. You don’t want to perform exercise that is too intense or vigorous, so keeping things at a comfortable pace is worthwhile. Try to avoid intensity that causes the heart to race.

Starting a moderate exercise program, like walking around the block, is relatively accessible for most people. For those that may have trouble, there are ways to ease into it.

Because the benefits of exercise are far-reaching, it is certainly something worth embracing if you’ve been struggling with a-fib.