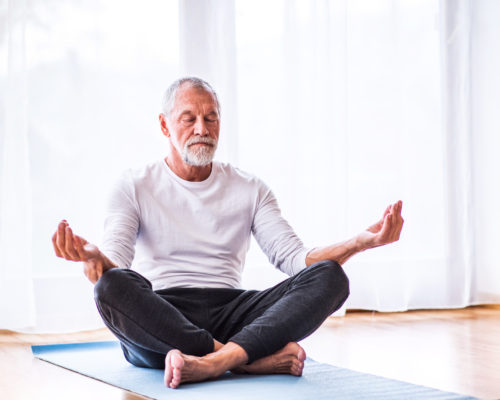 Older adults often worry if exercise intensity could increase their mortality risk, but new research shows that there is no connection between the two. The study published in The BMJ has found that the intensity of exercise performed appears to make no difference to the risk of mortality among older adults.

Regular physical activity is one of the most important actions that people of all ages can do to improve health. Studies show that early death is significantly reduced in people who are physically active compared to those who are inactive. However, some people are hesitant to push themselves when it comes to exercise for fear of doing more harm than good.

As high-quality evidence on the relation between physical activity levels and longevity is lacking, an international team of researchers set out to find some answers. Their goal was to evaluate the effect of five years of supervised exercise training compared with recommendations for physical activity on mortality in older adults.

The study involved 1,567 participants with an average age of 73 years who live in Norway. In total, 87.5% of participants reported overall good health, and 80% had a medium or high level of physical activity at the start of the trial.

Participants were divided into three groups, 400 were assigned to two weekly sessions of high intensity interval training (HIIT), 387 were assigned to moderate intensity continuous training (MICT), and 780 to follow the Norwegian guidelines for physical activity (control group), all for five years. By the conclusion of the study, the overall mortality rate was 4.6%

It was concluded that there was no difference in mortality between the three groups. Researchers also found no differences in cardiovascular disease or cancer between the control group and the combined HIIT and MICT group.

Limitations in the Study

There were some limitations in the study which were cautioned by the researchers. The health reports were not entirely reported for each participant, which means that some participants could have been healthier than others at the start of the study. Highly active participants in the control group could have also hampered findings. Because of these limitations, more research is needed to confirm the mortality risk.

Researchers concluded the study saying, “This study suggests that combined MICT and HIIT has no effect on all-cause mortality compared with recommended physical activity levels.”

This study helps to encourage people of all ages to exercise on a daily basis. Some older people worry that intense exercise could be dangerous, but this new research shows that intensity of exercise does not mean a higher risk of mortality. Doctors recommend including at least 20 minutes of exercise a day.