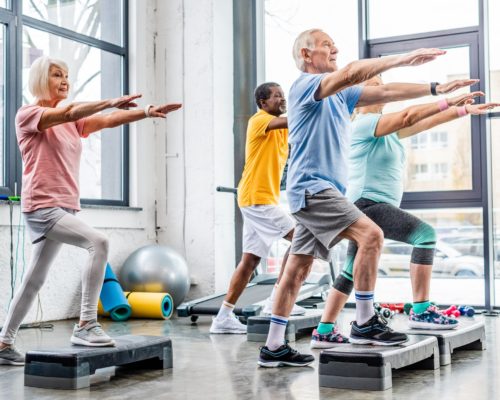 Parkinson’s disease is a slowly progressing disorder which affects movement, muscle control, and balance. It has long been known that exercise can help improve motor symptoms in patients including tremors, disturbances, and postural instability. What has not been identified is the effects exercise may have on non-motor skills.

Many Parkinson’s patients experience cognitive problems that can negatively impact not only them but their caregivers. In fact, plenty of patients who experience cognitive impairment go on to develop dementia. The underlying mechanisms which trigger cognitive impairment in Parkinson’s disease patients are not understood, but it is believed that an accumulation of amyloid plaques, mitochondrial dysfunction, and neurotransmitter changes are all contributing factors.

To investigate the benefits of exercise on non-motor functions, researchers completed a comprehensive literature review. It looked at the effects of coordination exercise, resistance exercise, and aerobic exercise on domain-specific cognitive function.

Lead investigator Tim Stuckenschneider explained, “Physical exercise is generally associated with increased cognitive function in older adults, but the effects in individuals suffering from PD are not known.”

The researchers suggest that the study findings reveal that all forms of exercise are improved with cognitive improvement. Aerobic exercise was found to have the biggest improvement on memory, but other types of exercise may have other effects on cognition.

“The potential of exercise to improve motor and non-motor symptoms is promising and may help to decelerate disease progression in individuals affected by PD. Exercise therapy needs to be, and often already is, an essential part of therapy in individuals with PD. However, it is mostly used to treat motor symptoms. As part of a holistic therapy, the potential of exercise to maintain or improve non-motor symptoms such as cognitive function in individuals with PD needs to be acknowledged, and the most effective treatment options need to be defined. This will not only help practitioners to recommend specific exercise programs, but also ultimately improve the quality of life of the individual. Our work shows that ‘exercise is medicine’ and should routinely be recommended for people with PD to help combat both the physical and cognitive challenges of the disease.”