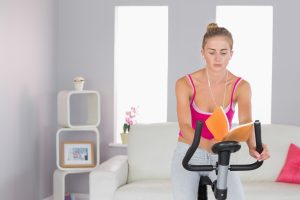 The study included 72 people who learned a series of picture-location associations. The participants were then assigned to one of three groups: exercising immediately after the learning session, exercising four hours after learning, and not exercising at all.

The workout involved 35 minutes of interval training on a bike with the intensity of up to 80 percent of the participant’s maximum heart rate.
The participants returned two days later to test how much they had learned and all were scanned on an MRI.

Those who exercised four hours after learning had the greatest retention compared to those in other groups.

Researcher Guillen Fernandez said, “[Our findings show] that we can improve memory consolidation by doing sports after learning. Our results suggest that appropriately timed physical exercise can improve long-term memory and highlight the potential of exercise as an intervention in educational and clinical settings.”