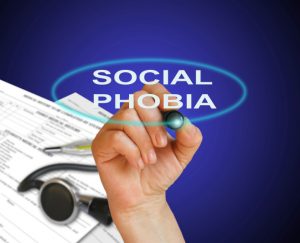 Did you know there is a neurotransmitter in your body which plays a role in your bowel movements, changes in mood, creating blood clots and reducing your libido? It’s true. One specific neurotransmitter has its hand in all of these functions. And although they may not seem like they interact, this neurotransmitter can send signals to your brain from your gut.

The neurotransmitter we’re discussing is serotonin and although you may think of it as something in your brain, serotonin has a place just about everywhere in your body. 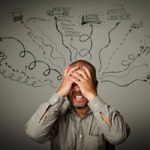 As mentioned serotonin is a neurotransmitter. This means it’s responsible for sending signals to your brain about what is going on in your body. Although it can be found in your brain much of it is produced in the intestines as well.

Serotonin has many functions as you can see from the ones previously mentioned. But it is most commonly spoken about when discussing depression. Because a large responsibility of serotonin is to regulate mood, its role in depression and other mood disorders is often studied.

The common belief is, low levels of serotonin result in depression and anxiety, but new research has uncovered it may actually be the opposite.


Social phobia linked with too much serotonin 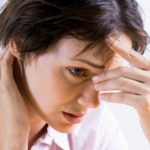 A social phobia – or social anxiety disorder – is a fear of being judged by others or becoming embarrassed in public. The fear can become so strong that it can actually limit one’s ability to enter social settings or leave their home. Although embarrassment may seem like a normal part of life, those with social phobias are consumed by their fear to the point they avoid performing even what we deem normal or regular tasks.

The new study from Uppsala University wanted to uncover serotonins role in social phobias. In doing so they measured the neurotransmitters activity in those with social phobias. They found that there was an increase in serotonin levels particularly in the part of the brain which controls fear – the amygdala. The more serotonin produced, the more anxiety these individuals experienced.

If you have a social phobia you now have a better idea of serotonin’s role with it. Although a doctor may prescribe medication to reduce serotonin levels, it’s important to take natural steps to controlling and managing your anxiety. Here are some ways you can combat symptoms of anxiety as a means to reducing serotonin.

The answer to depression and anxiety for seniors? Yoga

A study last year out of the University of Illinois found that practicing yoga consistently for eight weeks will improve your thinking and memory function. Researchers tested yoga participants against a group of people who just did stretching and toning exercises. Clearly, there’s something to this mind-body practice that is more than breaking a sweat and feeling at peace with the world. Continue reading…

Your heart starts to feel like it’s coming right out of your chest. Your hands are clammy and maybe start to tremble. Worst of all, your head feels as though it could explode. These are just some of the signs and symptoms of anxiety. Continue reading…