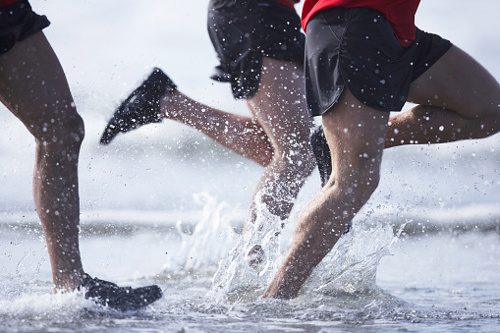 Staying fit through exercise and eating a balanced diet is and has always been the best method for staying healthy. However, a new study suggests this may not be entirely true. Researchers from the University of Illinois at Chicago and Kaiser Permanente have found that white men who exercise at high levels are 86 percent more likely to experience plaque buildup in the heart compared to those who exercise at low levels.

While this statement may seem a bit far-fetched, it was exactly what was found when looking at the activity trajectories of 3,175 black and white participants in a multicenter, community based, longitudinal cohort CARDIA study assessing the presence of coronary artery calcification (CAC).

Coronary artery calcification contributes to the stiffness of the arteries supplying the heart and an increased risk of adverse cardiovascular events. This type of plaque is one of the major reasons why heart disease is the leading cause of death for both men and women in the U.S.

“Because the study results show a significantly different level of risk between black and white participants based on long-term exercise trajectories, the data provide rationale for further investigation, especially by race, into the other biological mechanisms for CAC risk in people with very high levels of physical activity,” said Deepika Laddu, assistant professor of physical therapy in the UIC College of Applied Health Sciences.


A curious finding that shouldn’t dismiss the importance of exercise

The researchers believe that high levels of exercise could be putting stress on the arteries that lead to this development over time. While no amount of plaque buildup is considered great, they go on to say that this type of plaque may be the more stable kind and less likely to rupture and cause a heart attack. However, this aspect was not evaluated in the conducted study.

This information may be disheartening for avid exercisers, but the researchers state that despite what they have found, it should not discourage anyone from exercising as more investigation is still needed.