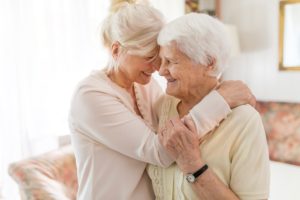 The way a person walks may now be able to help doctors accurately identify the specific type of dementia a patient has. For the first time, researchers have determined that people with Alzheimer’s disease or Lewy body dementia have unique walking patterns that signal subtle differences between the two conditions.

The study was published in Alzheimer’s & Dementia: The Journal of the Alzheimer’s Association, and led by Dr. Ríona McArdle, Post-Doctoral Researcher at Newcastle University’s Faculty of Medical Sciences. Dr. McArdle and her team found that people with Lewy body dementia change their walking steps more by varying step time and length, and are asymmetric when they move, in comparison to those with Alzheimer’s disease.

This research is a significant step towards establishing how the way a patient walks as a clinical biomarker for various subtypes of Alzheimer’s disease and dementia. This new information could lead to new and improved treatment plans for patients.

“The way we walk can reflect changes in thinking and memory that highlight problems in our brain, such as dementia, said Dr. McArdle.
“Correctly identifying what type of dementia someone has is important for clinicians and researchers as it allows patients to be given the most appropriate treatment for their needs as soon as possible.

“The results from this study are exciting as they suggest that walking could be a useful tool to add to the diagnostic toolbox for dementia.
“It is a key development as a more accurate diagnosis means that we know that people are getting the right treatment, care and management for the dementia they have.”

For the study, Dr. McArdle and her team analyzed how 110 people walked, including 29 older adults who showed no cognition impairment, 36 with Alzheimer’s disease, and 45 with Lewy body dementia.

The participants with Lewy body dementia showed more irregular steps with asymmetric step time and stride length, meaning their left and right footsteps look different to each other, increasing fall risk. This study showed that analyzing both step length variability and step time asymmetry, doctors could more accurately identify 60% of all dementia subtypes which has never been able to be shown before.

Lewy body dementia is one of the most common types of dementia, after Alzheimer’s disease. It is characterized by the abnormal buildup of proteins into masses known as Lewy bodies which affect chemicals in the brain whose changes, in turn, can lead to problems with thinking, movement, behavior, and mood.

Dr James Pickett, Head of Research at Alzheimer’s Society said, “In this well-conducted study, we can see for the first time that the way we walk may provide clues which could help us distinguish between Alzheimer’s disease and Lewy body dementia.
“This research — funded by the Alzheimer’s Society — is pioneering for dementia. It shows promise in helping to establish a novel approach to accurately diagnose different types of dementia.”